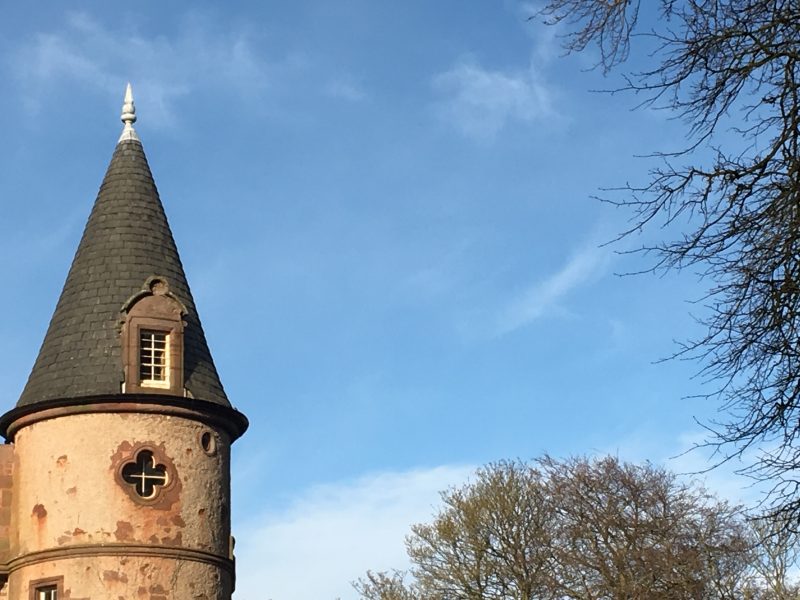 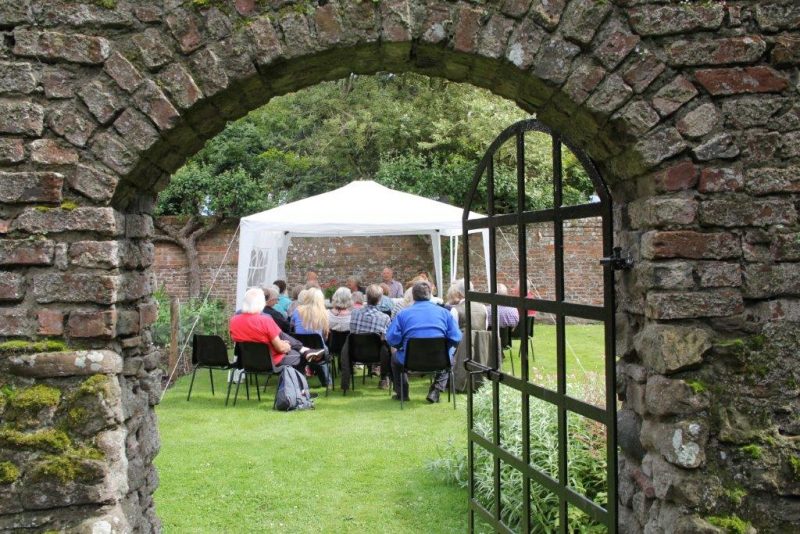 The Friends of Hospitalfield are a great support to our work and show a keen interest in the progress of all aspects of our activity including our Future Plan capital development. The Friends’ Programme is an opportunity for us to devise a series of talks, visits and events that we think will appeal to the wide range of interests that exist within the Friends membership. Each element of the Programme takes its starting point from Hospitalfield directly or indirectly exploring the history and making connections with other organisations, institutions and people.

Join or Renew as a Friend of Hospitalfield here

Benefits of becoming an Individual or Joint Friend of Hospitalfield:

Benefits of becoming an Donor Friend of Hospitalfield:

Benefits of becoming an Patron Friend of Hospitalfield: 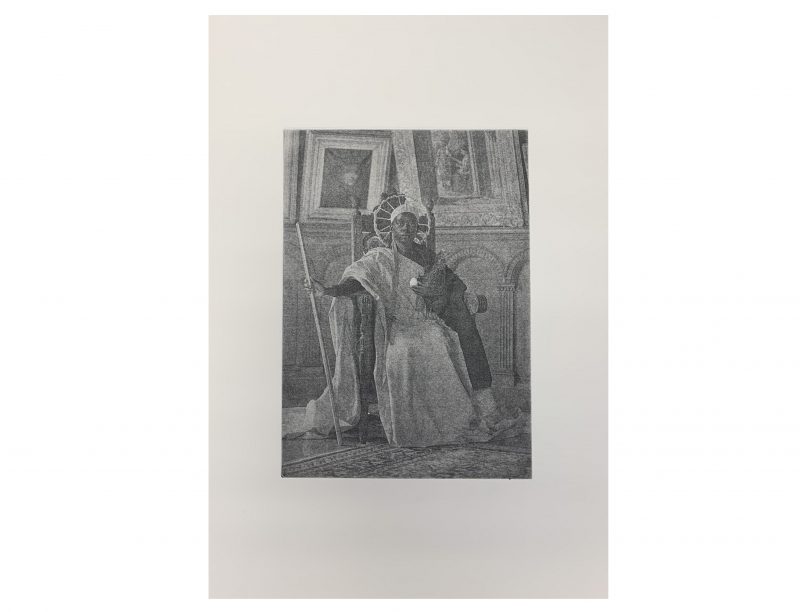 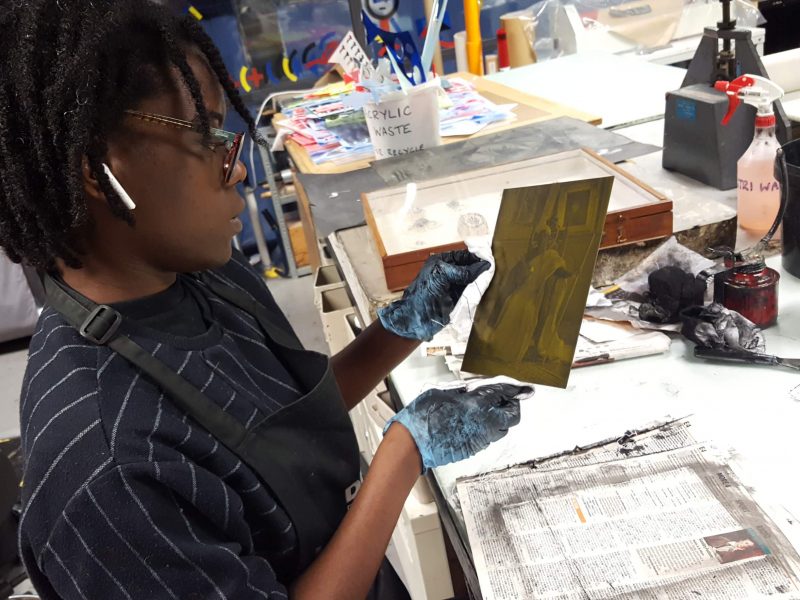 After visiting the studios and workspaces of artists practicing and living in Dundee, Hospitalfield Friends’ Members have invited artist Sekai Machache to create the 2019 Friends’ Print. Those joining as Friends of Hospitalfield in 2019 received one of the limited edition prints upon completion in Autumn 2019.

A figure sits on a throne in a room that has been illuminated in red light. They hold a golden staff in their right hand, a symbol of authority. In their left hand they hold a white egg and gently cradle a live chicken in their arms, denoting fertility, life and new beginnings. The paintings that hang in the background of the image depicting images of antiquity seem to hang lofty and untethered. The black figure is centred, grounded, holding their power with grace and dignity. A red halo perches behind their head indicating a connection to the divine while their head is covered with a durag, an unapologetic symbol of black masculinity. This figure cannot be defined by gender or relegated to a particular time period. The intensity of their gaze reflects a presence and stillness, rooted in the here and now, with a vision for the future.

The Hierophant is the 5th card in the Major Arcana of the Tarot Deck. In the traditional Rider Waite tarot, which is the most well-known deck, The Hierophant represents an established set of values and beliefs and is often correlated with religion and other formal spiritual doctrines.

In Sekai’s re-working of the image, The Hierophant represents more of the reversed attributes of the card. There are many invisible labours behind the staging of the photograph from gathering of materials to referencing images of spiritual mediums and shamans from a wide range of belief systems.

The photograph was taken in the picture gallery at Hospitalfield House. The image was shot using natural daylight and this was achieved by sunlight shining through red lighting gels. The red light was part of a collaborative exhibition titled ‘Correspondences – a sound and light installation’ by Glasgow based artists Susannah Stark and Hussein Mitha. It was installed by Hussein as part their piece ‘The trial of Isaac Newton’ – ‘the mysterious red cross’, 2019.

The colour red has been a recurring motif in Sekai’s work over the years and this was the first time the artist worked with coloured lighting to create the mood of a piece. Nevertheless, when the photograph was brought to print, Sekai decided to desaturate it in order to return to a more traditional printmaking style.

The etching technique employed to create the edition was photo-polymer etching, using a miraclon plate. This was Sekai’s first time using this technique and it was a long but rewarding process. In total she made an edition of 60 etchings. 30 have been reserved for any new members of the Friends of Hospitalfield and the remaining 30 prints will be available to purchase through the artist.

Thanks to…
Hospitalfield for facilitating the making of the photograph
Friends of Hospitalfield for this opportunity to create new work and translate that work using a new technique
DCA Printmaking team who have been incredibly helpful throughout the process of making this work
Park Hill Farm and the cooperation of an avian collaborator who sat still and calm in the artist’s arms throughout the shoot
Antanas Budvytis for helping shoot the image and document the printmaking process. 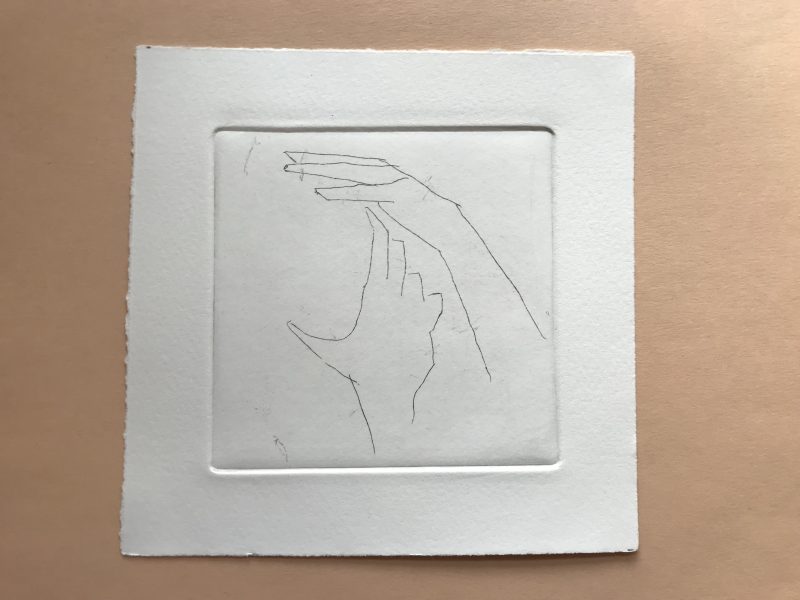 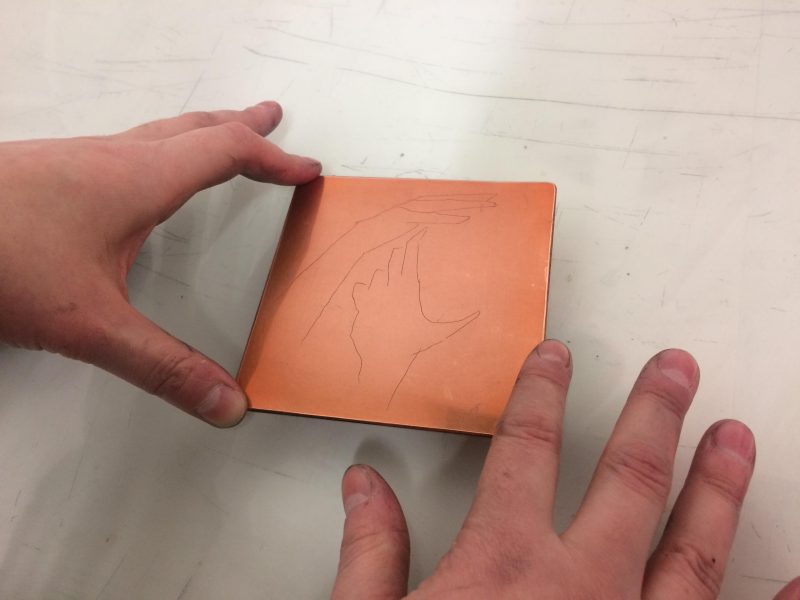 Amy Jones is an artist based in Dundee. In 2017 she was selected for a residency programme in London at THIStudios, an opportunity established by Hospitalfield as part of our DD Programme. As well as developing her work as an artist Amy also curates projects and is a Co-Founder of Dundee Print Collective. She studied Fine Art at Duncan of Jordanstone College of Art and Design (2010) and is interested in collaborative practices as a way of making, often creating opportunities to explore ideas in dialogue with others. Most recent projects include; Two Nights Stands, Dundee Print Collective collaboration with Lynda Morris, (Cooper Gallery) and HERE, Glasgow International (DEUCE DEUCE).

Hospitalfield’s DD Progamme takes advantage of our networks nationally and internationally to develop opportunities for artists to work in new settings where they can develop their work and their networks. The programme with THIStudios is a three year programme. Over a period of three years three artists from Dundee will be hosted in London and Hospitalfield will host artists from the studio in London within our residency progammes. Other opportunities and exchanges for DD Artists have been established in Leipzig in Germany at Halle 14, also at Alice Yard in Trinidad.

In 2018 had a studio visit with Amy as part of the Friends’ Programme. 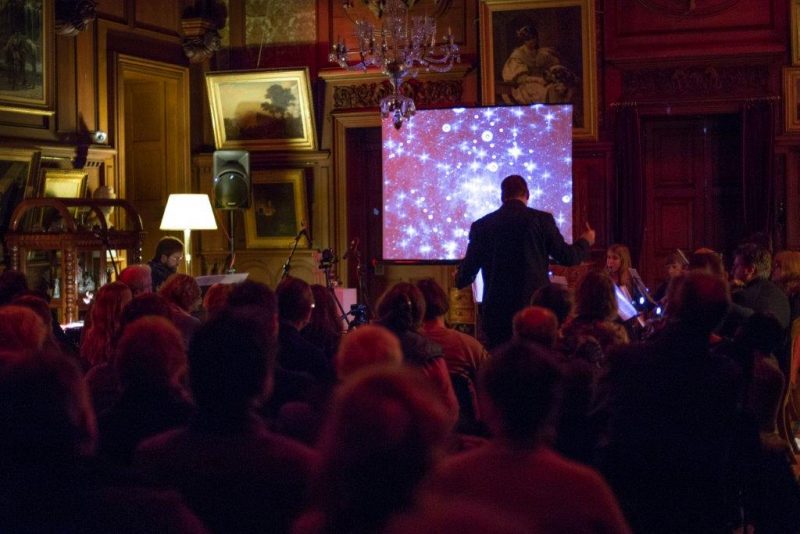