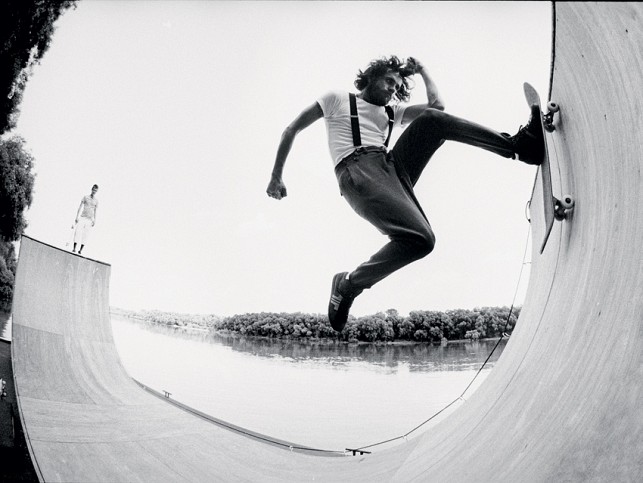 In celebration of late summer nights on the Arbroath skate park just down the hill from Hospitalfield, we’re presenting local and high profile films from skaters and BMXers.

Machotaildrop is a fantastical adventure comedy where skateboarding is, quite rightly, a noble pursuit worthy of the highest recognition. Pro skaters live like knights in castles, the halfpipe is their jousting arena and the streets are for their tricks.

Walter Rhum’s (Anthony Amedori) dream comes true when he is selected to ride for Machotaildrop, the world’s most prestigious skateboard company. Whisked away from his mundane life, Walter is transported to the lavish estate of Machotaildrop’s headquarters, lorded over by the quirky and delusional Baron (James Faulkner). As the Baron gets young Walter ready  (“with the right air, and the right outfit”) to dethrone current top rider Blair Stanley (Rick McCrank) and to replace him as the new face of Machotaildrop, Walter’s fantasy life dissolves into a dizzying nightmare, as he uncovers the nasty underbelly of the Baron’s skateboard manufacturing operation.

Walter experiences the Baron’s schemes and delusional antics and then sees how a gang of renegade skaters known as the Manwolfs are able to get their own back on the Baron when he attempts to appropriate their radical lifestyle for the “look” of his most ambitious commercial venture yet, a skateboarding theme park called Apesnake.

Hospitalfield will be screening Machotaildrop this Friday the 17th of July as part of our Summer Screenings and comes out of a focus on the skater and BMX scene in Arbroath.

Open to anyone over 13 years

Thanks very much to Alex Craig for allowing us to play his film.