Hospitalfield has supported contemporary artists for a very long time and, as well as offering the opportunity to tour the wonderful collections and interiors of the house, the programme for the first of our four open weekends in 2013, LUSTRE, included the installation of film works by four artists: Rosalind Nashashibi & Lucy Skaer, Elizabeth Price, and Stephen Willats. 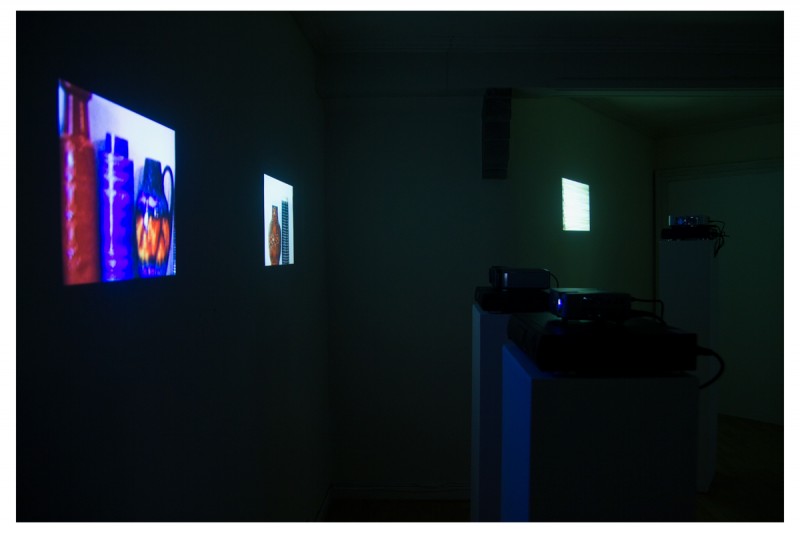 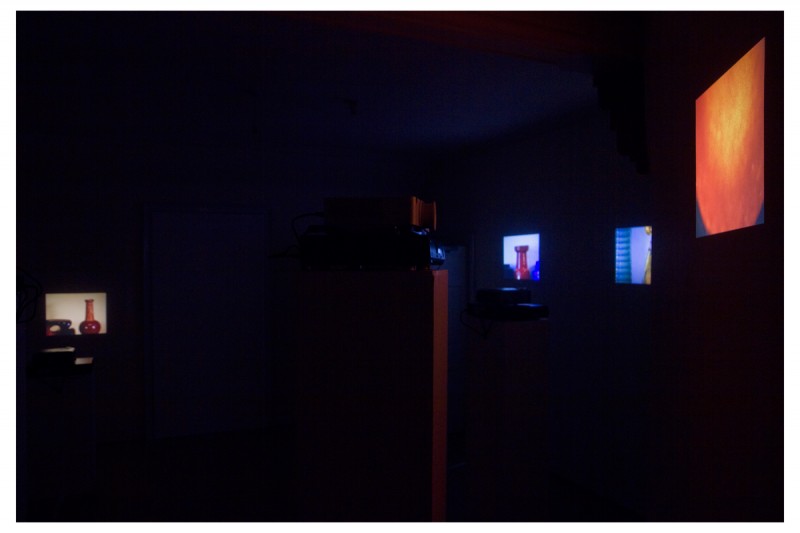 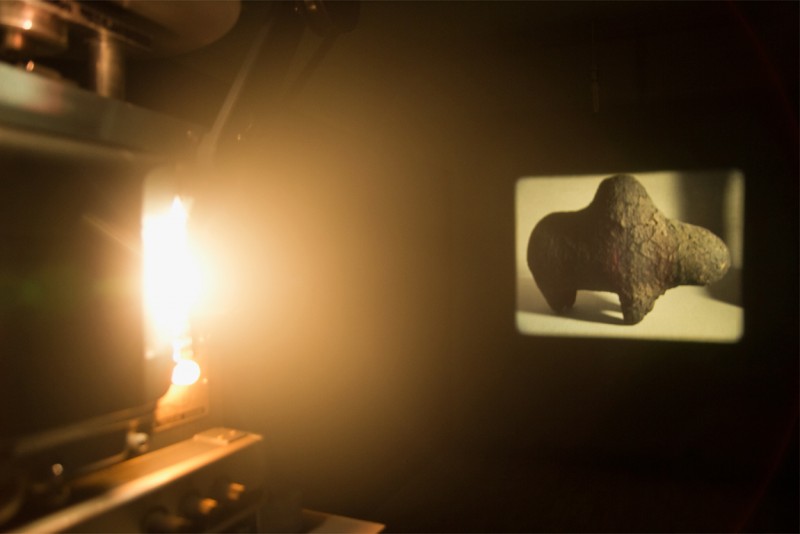 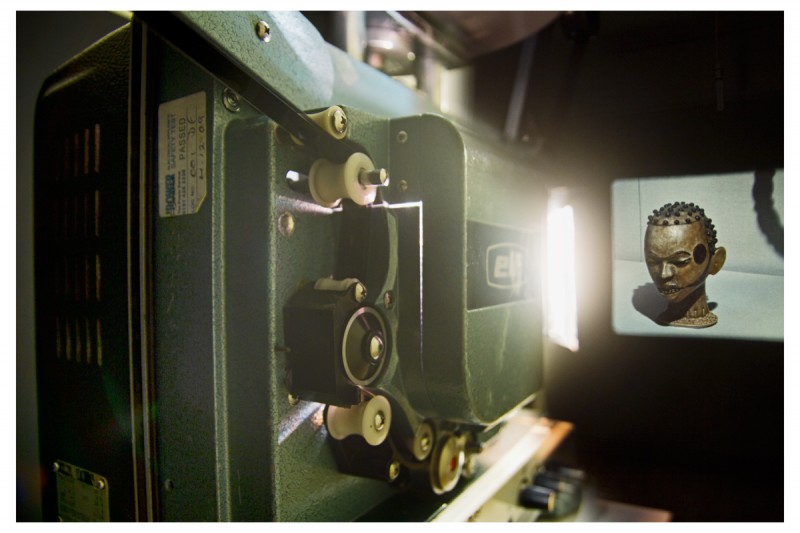 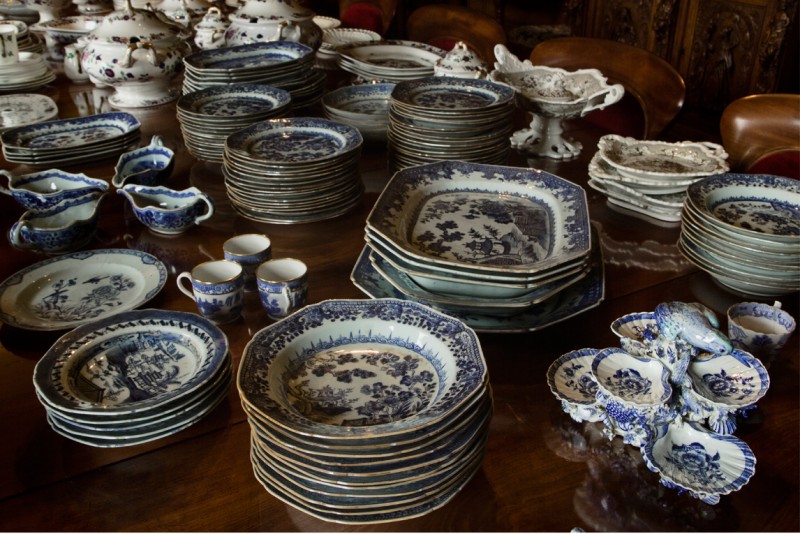 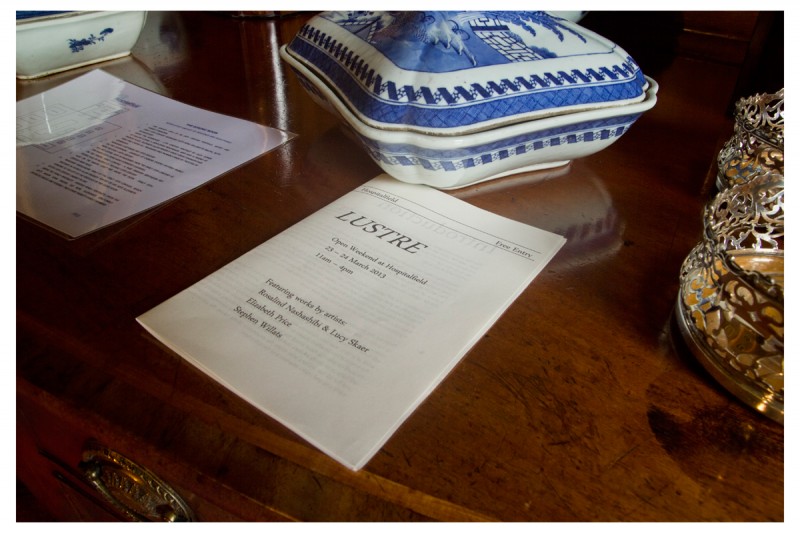 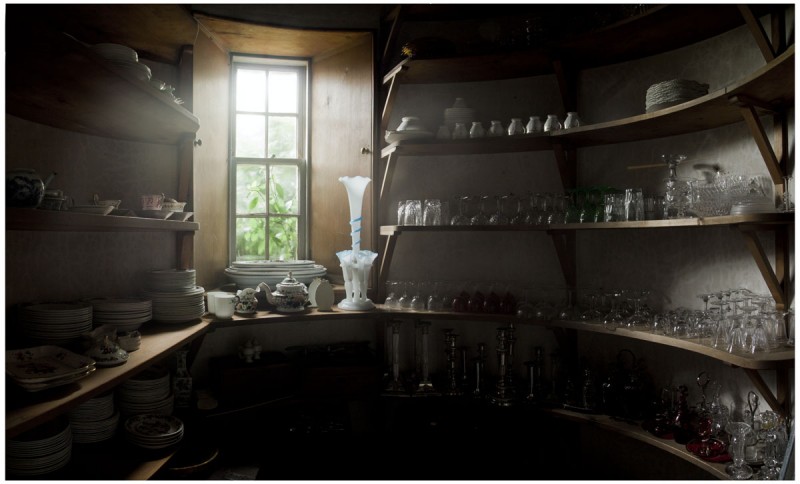 Drawing strong parallels with the collections in the house and the story of the Allan-Fraser’s who were such informed collectors of their time, the works which we showed by these artists were concerned with the collecting, keeping and, to some extent, fetishisation of ‘things’.

Flash in the Metropolitan, a 35 mm film by Rosalind Nashashibi and Lucy Skaer, both artists with long connections to Scotland. Shot in the Metroplitan Museum in New York,  in the darkness of the Museum after closing time, the objects flash in to view as if caught in fleeting torch light. The noise of the projector, the film pacing itself through the sprockets, is distinctive, as the looping allows us to only just see.

Elizabeth Price, this year’s Turner Prize winner, made House of Mr X is a portrait of an extraordinary house; the Stanley Picker House, in Kingston west London was built and furnished in the early 1970s on the profits of the Max Factor business. With only 100 years between them, the bequest has parallels with Hospitalfield’s own terms of Trust. The eye of Price’s camera scrutinises the interior of the house, empty, perfectly arranged, cleaned by an invisible hand.

From the 1960s until today, Stephen Willats has situated his pioneering practice at the intersection between art and other disciplines from cybernetics to social and engaged practices. For many years he has collected modern ceramics, some designed for everyday use, others as ornaments; brightly coloured smooth and sometimes dripping glazes, some architectural in structure. We showed a small selection of the many super 8 films that  Willats has made of his collection.