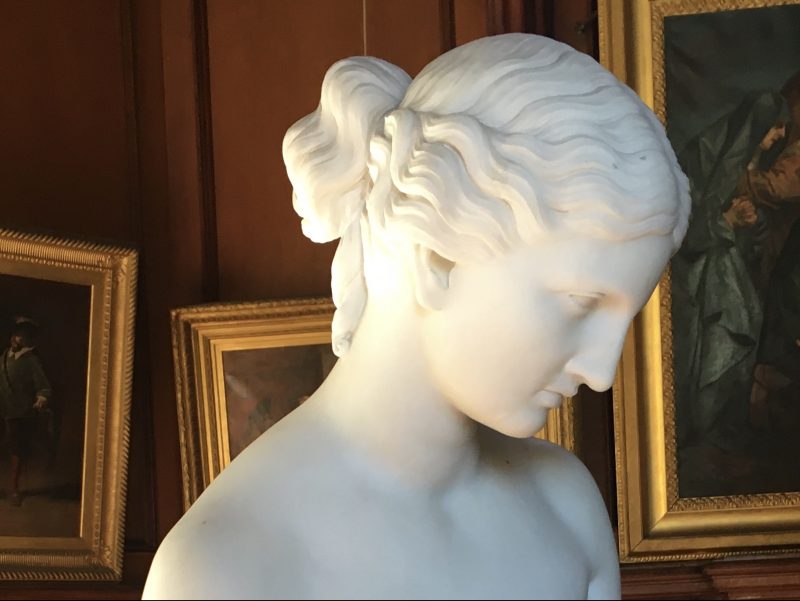 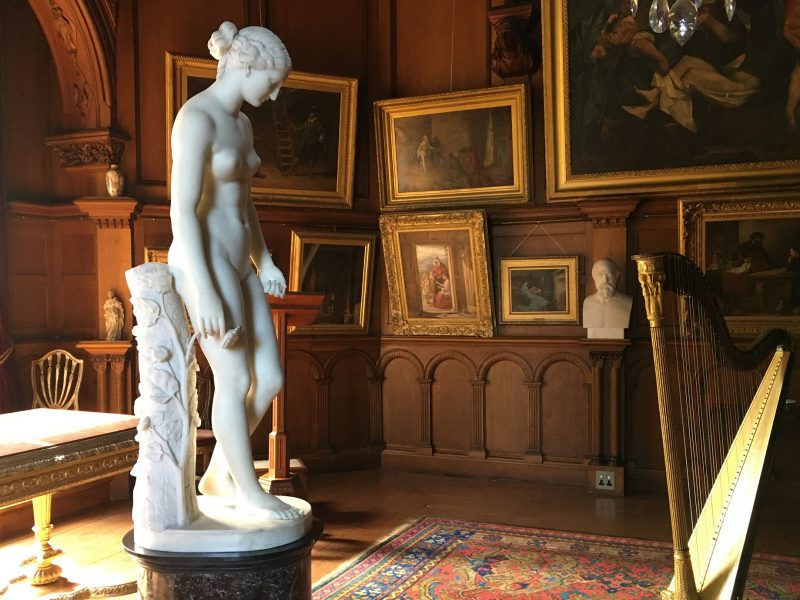 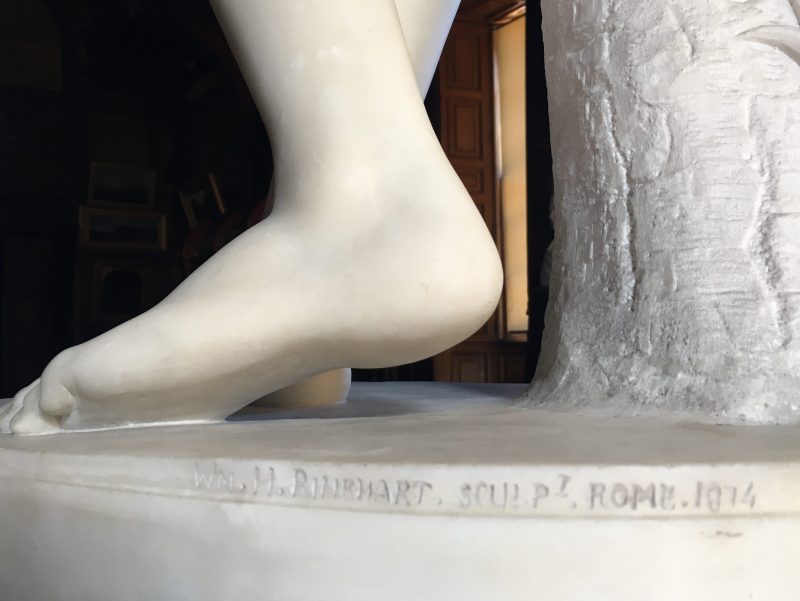 The sculpture at Hospitalfield has become a motif within the highly authentic Victorian Picture Gallery, but beyond the object, perhaps most productive is the legacy of the friendship between the artist, William Rinehart and the collector Patrick Allan Fraser, who acquired the sculpture for Hospitalfield in 1875.

The pair met in Rome, where Rinehart had established a studio, during one of Allan Fraser’s regular visits. It seems more than a coincidence that both men would go on to leave their wealth and legacies to establish art schools to support future artists; Allan Fraser establishing The Allan Fraser Art College at Hospitalfield, Arbroath and Rinehart endowing the Rinehart School of Sculpture within the Maryland Institute College of Art (MICA), Baltimore.

The language of the bequests of both men are extremely similar, sharing one main intention to support artists who wished to make art their profession and life’s commitment. Allan Fraser and Rinehart both focussed their support on sculpture and the craft of making. This was a great area of activism for Allan Fraser, emerging from his study of John Ruskin and his promotion of the Arts & Crafts. We can safely assume that these two friends shared similar ideals and, through their discussions during their meetings in Rome, together they made more solid their commitment to leave their wealth for the creation of teaching institutions in their hometowns. So concerned were they that artists should receive the investment they needed through education that they made sure that their wealth created benefit for many future generations.

Oh yes, and so what happened to Clytie…In Greek mythology the name of Clytie was given to several figures, but it is the Roman poet Ovid who tells the most well-known story in Metamorphoses. Clytie was a water nymph and the lover of the sun god Helios, who deserted her to pursue the sea goddess Leucothea, daughter of Orchamus. Clytie was enraged by this infidelity and told Orchamus about the love affair who responded by sentencing his daughter to a brutal death. The story goes that Clytie thought that the death of Leucothea would make Helios return to her, but sadly not. So distressed by her lover’s wrath, Clytie lay herself naked for nine days on the rocks staring up towards the hot sun. At last her feet took root in the loose sand, her garments became green leaves and her face formed as a sunflower, turning slowly on its stem, destined always to keep turning towards the sun as it moved around the earth.