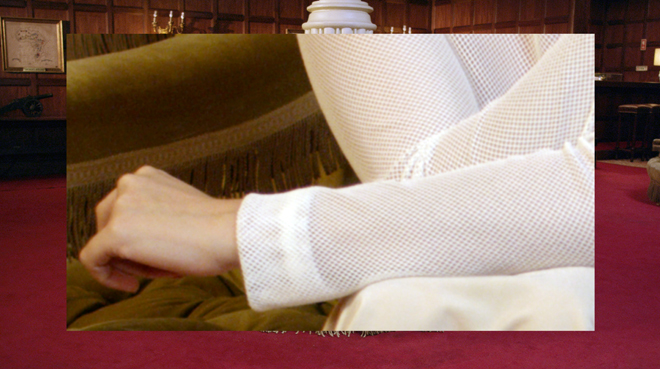 Hospitalfield and the Royal Over-Seas League are pleased to announce the Visual Arts Scholars for 2015, selected with exhibiting partners AV Festival, Collective and Glasgow International:

Bianca, Dineo and Tamara will join ten UK-based artists to undertake the Autumn Residency at Hospitalfield in Arbroath between 7 September – 4 October 2015 and then go on to develop a public project, with the exhibiting organisation which that selected them, for 2016.

In 2013, Hospitalfield and the Royal Over-Seas League refreshed their long term partnership to devise a new structure for their visual art residency programme. The programme aims to make a meaningful, productive residency experience for international artists which builds their network within the UK and offers the opportunity to additionally develop a public project with a respected commissioning organisation. The commissioning organisations are encouraged to investigate the work of artists that they would not normally have come across or have the infrastructure to work with. ROSL and Hospitalfield can offer support during this process and the residency itself provides an opportunity for face to face meetings and site visits to aid in the development of the public outcome.

We would also like to celebrate the achievements of 2014’s Hospitalfield ROSL Visual Art Scholars:

Song-Ming Ang was selected with Camden Arts Centre presenting a solo project there, Do-It-Yourself, in spring 2015. He is now developing a project for Istanbul Biennial.

The Royal Over-Seas League (ROSL) is a unique not-for-profit membership organization committed to supporting international friendship and understanding. For over 60 years ROSL ARTS has developed a diverse portfolio of activities in music, visual arts, and literature, devoted to the career development of outstanding young professional artists and musicians from the UK and the Commonwealth.

About Bianca Baldi and AV Festival

Bianca Baldi’s installations stem from an image making practice where borrowed and lost narratives are fashioned incorporating film, photography and collage. She grew up in KwaZulu Natal, South Africa and studied at the Michaelis School of Fine Art, University of Cape Town, followed by postgraduate studies at the Städelschule in Frankfurt am Main and IUAV University of Venice. Her most recent solo exhibition was Zero Latitude at the Goethe Institut, Johannesburg (2014). Baldi’s work has featured in recent group exhibitions at Kunstverein Braunschweig, Germany (2015); Videobrasil São Paulo, Brazil (2015); KZNSA, Durban, South Africa (2015); Frankfurter Kunstverein, Frankfurt (2015); and 8th Berlin Biennale of Contemporary Art, Berlin, Germany (2014).

“AV Festival will be working with Baldi on a public project to take place within the framework of the next edition of AV Festival in March 2016. The Festival is especially interested in how Baldi’s archival research based practice questions historical and colonial narratives. We are excited to be working with ROSL and Hospitalfield on Baldi’s first residency and public project in the UK.” Rebecca Shatwell, Director, AV Festival

AV Festival is a leading international Festival of contemporary visual art, film and music, based in Newcastle upon Tyne. A biennial event, the Festival is thematically curated to engage audiences with current ideas across contemporary artistic practice, politics and society. The last edition of the Festival took place in March 2014 and attracted over 80,000 visits to its programme of 12 exhibitions, 40 film screenings, 10 concerts and 10 new commissions. The next edition of the Festival takes place in March 2016.

About Dineo Bopape and Collective Gallery

Dineo Seshee Bopape is an artist living and working in South Africa. Dineo’s work brings together painting, drawing, video, performance and sculpture tackling themes such as sex, gender, speculation, and particularly, psychology. Recent exhibitions and screenings include: We need the memories of all our members, Hordaland Kunstenter, Bergen, Norway (2015); diagno: tocolo, M.1 Hohenlockstedt, Germany (2015) and The Film Will Always Be With You: South African Artists On Screen, Tate Modern, London (2015). She has a forthcoming exhibition at Hayward Gallery, London (2015).

Osei Bonsu is a British-Ghanaian independent curator and writer based in London. His writing has been included in a number of museum and exhibition catalogues including the 56th Venice Biennial Exhibition and Milan EXPO “Arts and Food” at La Triennale di Milano. He is the founding director of CRANE, and has developed a number of projects focused on international art, including “Pangea II: New Art from Africa and Latin America” (Saatchi Gallery, 2015) and 1-54 Art Fair (2013 – 14).

“Working with ROSL and Hospitalfield has allowed us to have a very strong working relationship with both Dineo Seshee Bopape and Osei Bonsu. We are looking forward to the project unfolding over the next year and are thrilled that a new work by Dineo will be part of our first years programme, when the galleries at Collective’s new home in the City Observatory Complex on Calton Hill are open to the public for the first time.” – Kate Gray, Director, Collective

Collective is a contemporary visual art organisation that delivers an exciting and ambitious programme of new exhibitions, commissions and off-site projects. Collective produces major new work by Scotland based and international artists who are at a pivotal stage in their development.

Collective was established in 1984 to support new and emergent artists and exhibit their work in Edinburgh. In 2013 we moved to Calton Hill to redevelop the City Observatory Complex. Our vision is to become a new kind of City Observatory for Edinburgh, a space in which practitioners, producers and publics can meet, then, debate, reflect upon the past and take action.

About Tamara Henderson and Glasgow International

Tamara Henderson is an artist from Sackville who lives and works in Stockholm and Vancouver.  She studied at NSCAD and Städelschule, Frankfurt am Main and she holds a Master’s from the Royal Institute of Art in Stockholm. Henderson frequently works collaboratively and has been included in a number of exhibitions both on her own and as part of a duo or group.  She recently exhibited in 2014 in two-person show Sans Tete au Monde at Kunsthall Stavanger, Norway, and in a solo exhibition at Rodeo, London.  Her work has also been exhibited A1C Gallery, St. John’s, Canada at Western Front, the Walter Phillips Gallery, Kunstverein Nürnberg and Documenta 13. In 2013 Henderson was shortlisted for the Sobey Art Award.

“We’re excited to be working with Tamara Henderson, an artist whose mode of practice incorporates instinctive and intuitive production relating to anthropomorphic sculpture, the space between dream and reality, and how that relates to the subconscious, which makes her a perfect candidate for a residency, particularly in a place like Hospitalfield, where the enigmatic surroundings and influence can be incorporated into the work, and shape the project.” Glasgow International

The outcome of the project will be a solo exhibition in Glasgow as part of Glasgow International 2016.

Glasgow International is a world-renowned biennial festival of contemporary art. The forthcoming seventh edition will happen in the city from 8th – 25th April 2016, again curated and co-ordinated by Director, Sarah McCrory.

The festival will showcase Glasgow as a unique major centre for the production and presentation of contemporary visual art. Taking place in various venues and locations across the city, including Glasgow’s major art spaces and cultural institutions, the Festival will be comprised of an ambitious programme which includes exhibitions, events, talks, performances and projects by international and Glasgow-based artists.