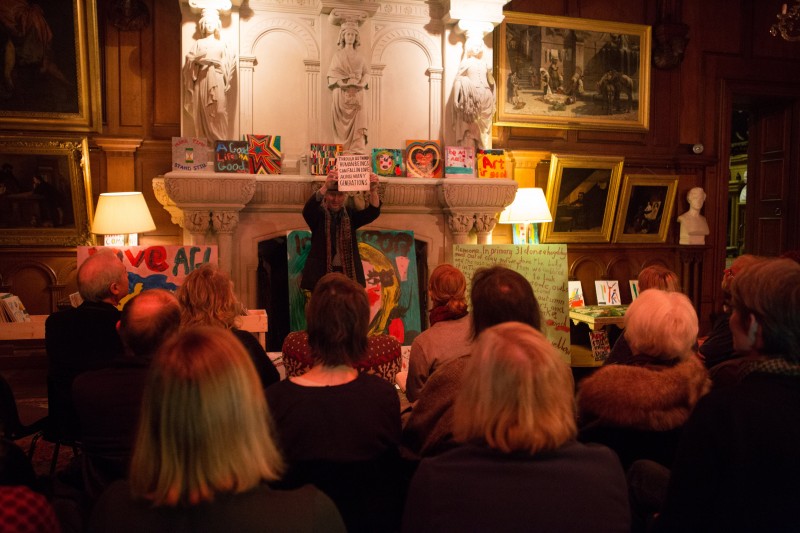 Bob and Roberta Smith devised a project called The Arbroath Template which asked “Where is innovation within education”, which became an inspirational resource of ‘Open Source’ imagery concerned with value in the arts. Artists Lydia Brownlee, Pester + Rossi and Anna Orton were key contributors to the project.

Bob, Hospitalfield staff, educators, other artists, school pupils and others worked together on The Arbroath Template from 2014 to 2015. It culminated with two days of performance and making in March 2015 which included new commissions from 20 artists and writers. Please follow the links for more information, images and video.