In June many of us will be thinking about preserving: jamming, bottling, pickling or similar. The idea of saving what has been grown in the summer by preserving it in sugar, salt, vinegar or through distillation has become more of a luxury than a necessity. However, we still do it and we know that, almost without exception, our recipes are better than everything else available. 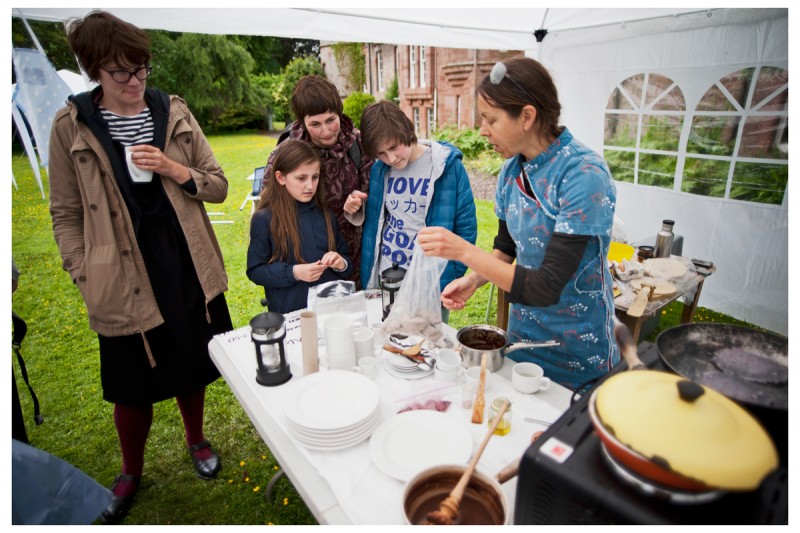 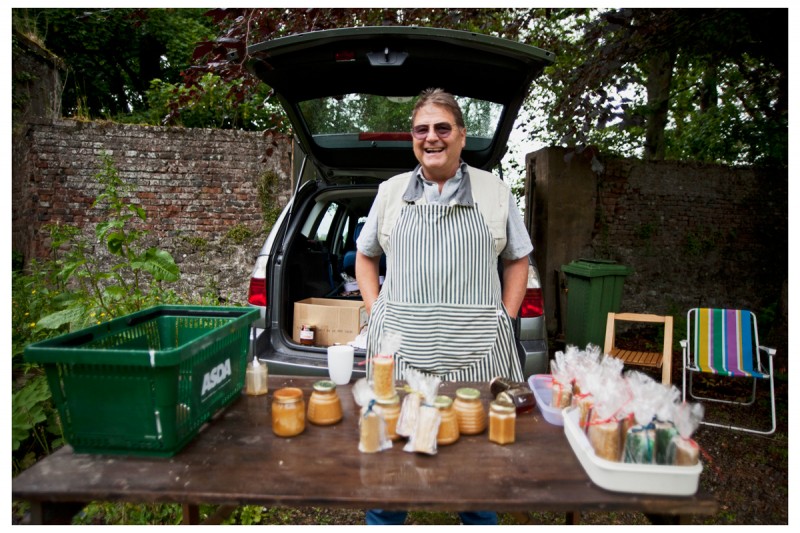 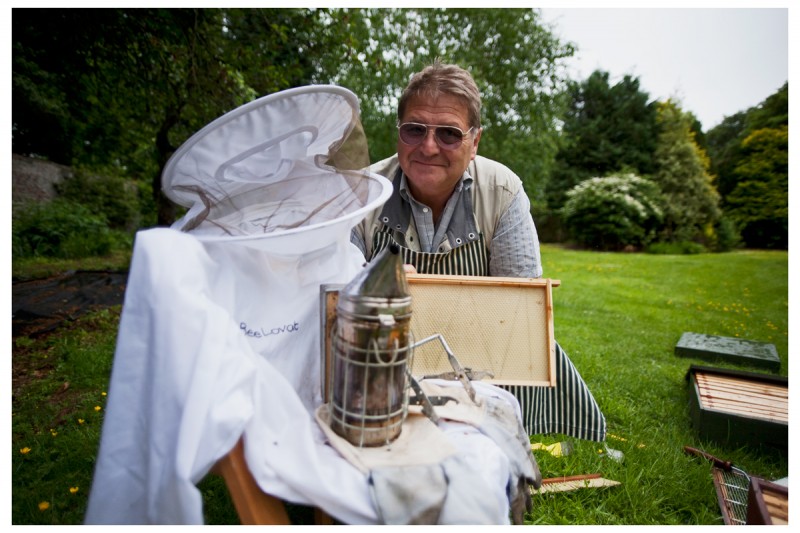 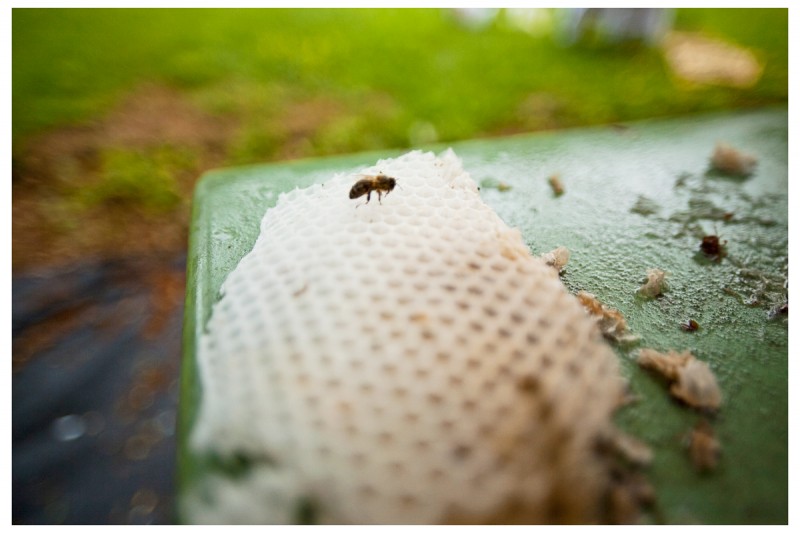 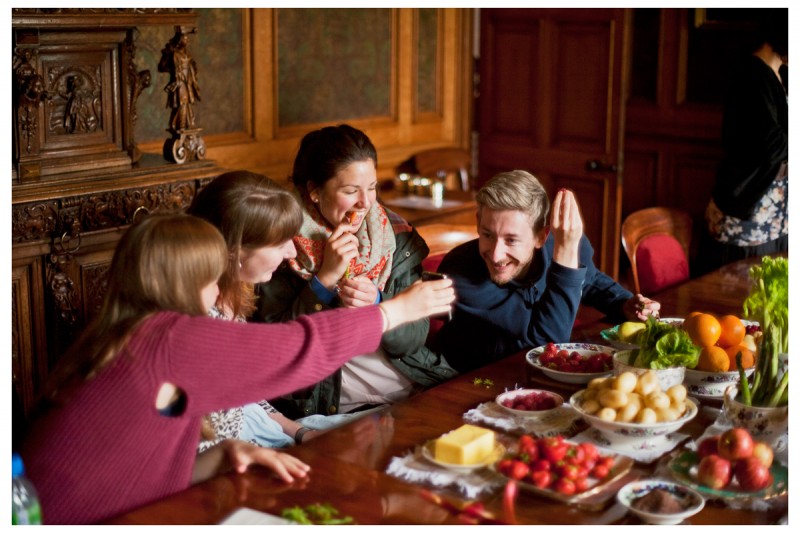 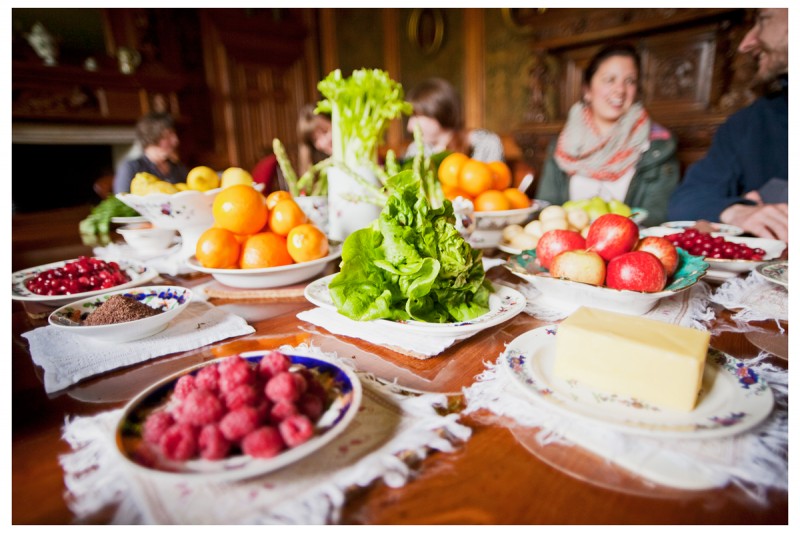 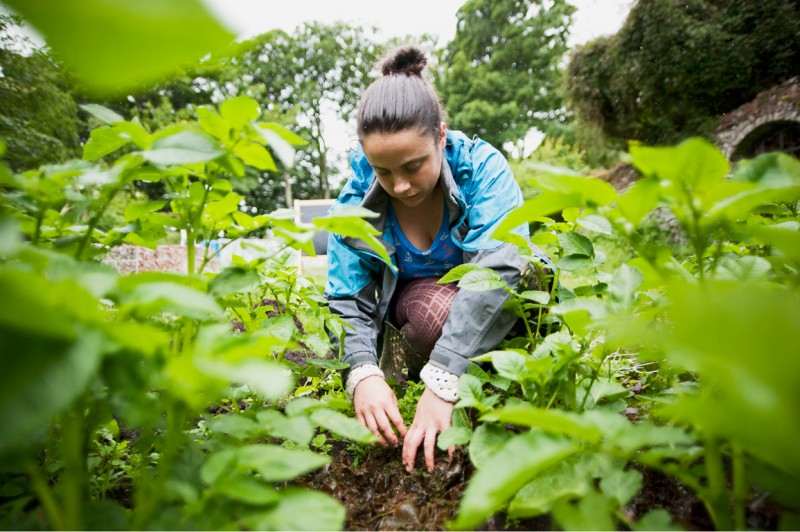 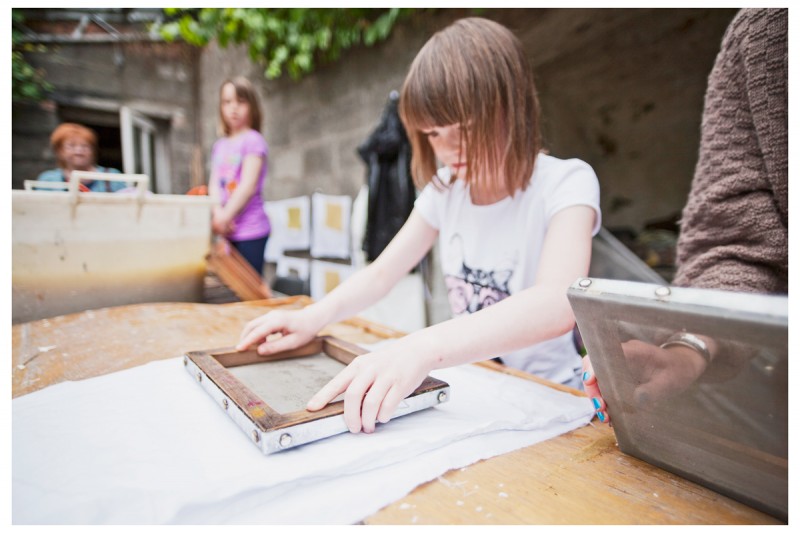 It’s in the Making of Things, Small and Close

For It’s in the Making of Things – Small and Close the house was open for tours, the Summer Residency Programme was well underway and the gardens were full of stalls that focused on our home made growing and production – small and close – something that Angus and particularly Arbroath can be very proud of.

Over the weekend we were very pleased to be presenting a group of artists’ projects including a performance reading by Laura Mansfield in the Dining Room and an open walks project from Holly Keasey. Kate Rich prompted conversation with her Blue Corn Tortilla stall in the Walled Garden.

The Flower Stall was right at the centre of the walled garden. Visitors were invited to bring, if they could, a bunch of flowers from their garden; labelled with the post code of the garden from which they are grown. As the stall made its sales and bunches exchanged the grower’s and the receiver’s postcodes were recorded so we could map the journey of each bunch.

We worked with H.O.P.E Garden, Bouvrage, Ashbrook Nursery, Terril Dobson and others for this Open Weekend.