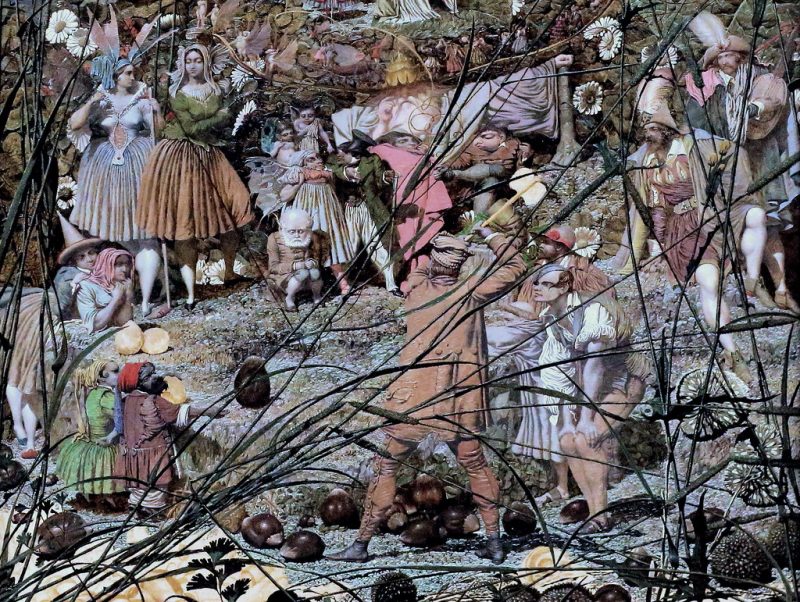 Part of the programme of events associated with ‘Every Thought There Ever Was’ by Lindsay Seers, installed at The old Courthouse, Arbroath High Street.

We are delighted to host the writer and curator Nicholas Tromans at Hospitalfield to talk about the life and work of the ‘asylum’ artist Richard Dadd (1817-1886). Tromans curated, the most comprehensive view of Dadd’s work at The Watts Gallery in 2011 and subsequently published Richard Dadd ‘Art and the Asylum’.

In the early 1840’s Dadd established the drawing group The Clique. The young Patrick Allan (Fraser) was one of the artists Dadd invited to be part of this group. Whilst Dadd’s life took a turn for the chaotic, for Allan Fraser this association was influential throughout the rest of his life as he associated with and supported the artists from this group for decades to come.

Lindsay Seers’ fascination with Dadd relates to his drift in to mental illness. Dadd’s psychosis included the hearing of voices, his internal voice instructed him that if he saw a fly hit against a window seven time then this was a trigger that he should kill his father. After his conviction for murder he was incarcerated in Bedlam for the rest of his life where he continued painting is astonishing works, the most famous, Fairy Feller’s Master Stroke, hangs on permanent display in Tate Britain.