Join us at Hospitalfield to explore the house, see Graham Fagen's exhibition, have lunch or tea in the cafe and get involved in a workshop. 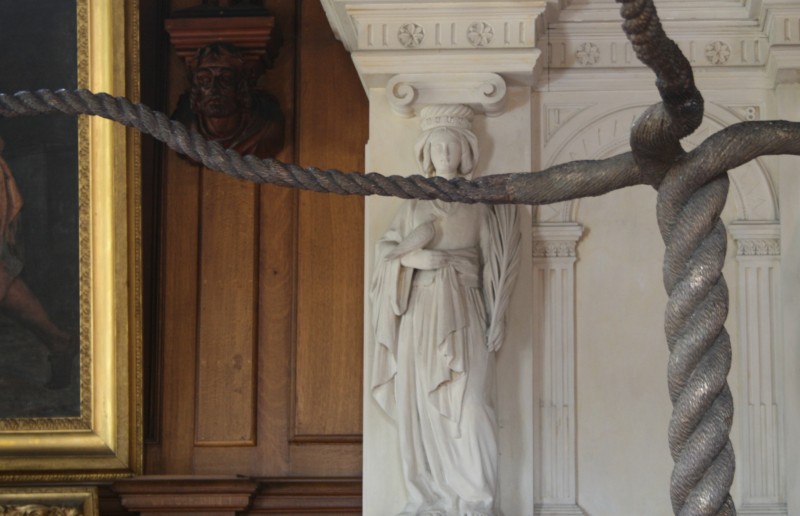 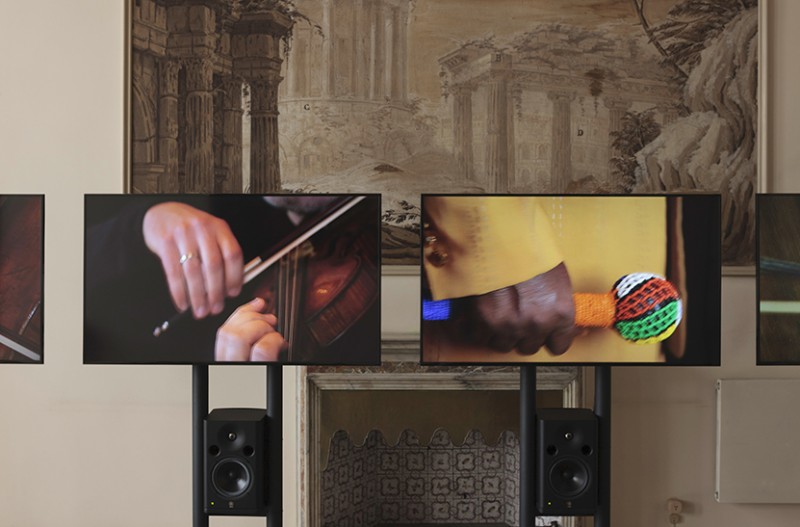 Graham Fagen’s exhibition at Hospitalfield will be open from 11am to 5pm on this opening weekend.

On the afternoon of Saturday 19 March, an in-conversation event with Graham Fagen and Dan Kidner will start at 3pm and the opening reception will happen between 4.30pm and 6pm – please stay for this to celebrate with the artist.

* Graham Fagen will also be speaking to Louise Welsh as part of Aye Write Festival in Glasgow on the evening of Friday 18 March. Louise Welsh interviewed Fagen for the publication produced last year. You can find out more about the event here… 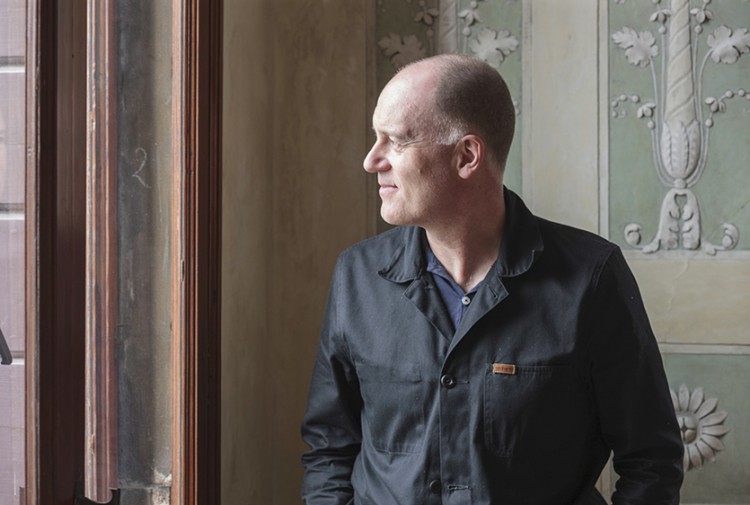 Dan Kidner is a curator and writer. He was previously Director of Picture This, Bristol (2011 – 2013), and Director of City Projects, London (2004 – 2011). Over the past 10 years he has produced projects by many artists working with film and video including Knut Åsdam, Anja Kirschner and David Panos, Cara Tolmie, Emily Wardill and Jimmy Robert. His books include, with Petra Bauer, Working Together: British Film Collectives in the 1970s (2013) and with George Clark and James Richards, A Detour Around Infermental (2011). He writes regularly for Frieze and most recently curated the exhibition The Inoperative Community, Raven Row (3 December 2015 to 14 February 2016). 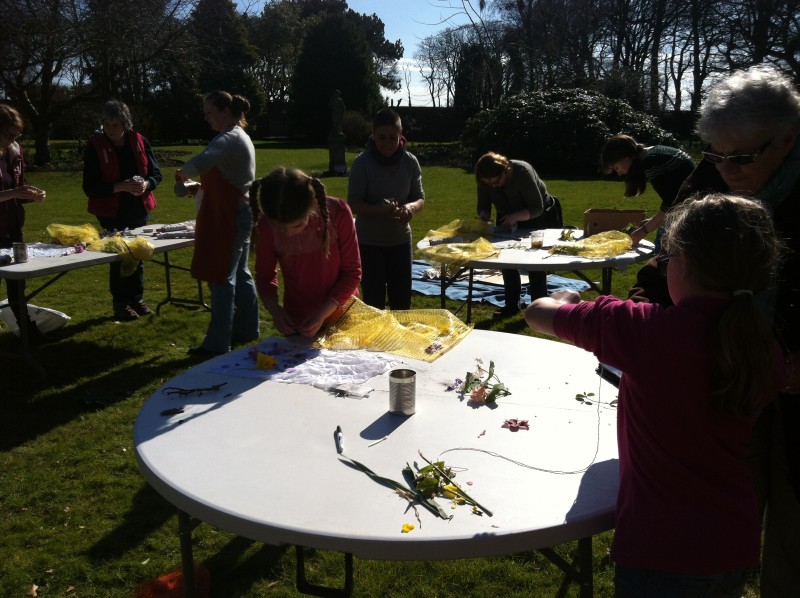 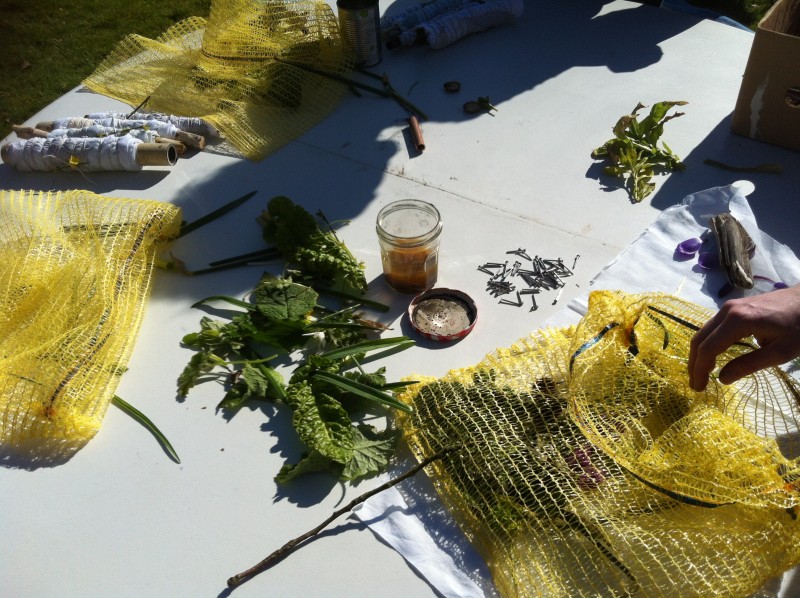 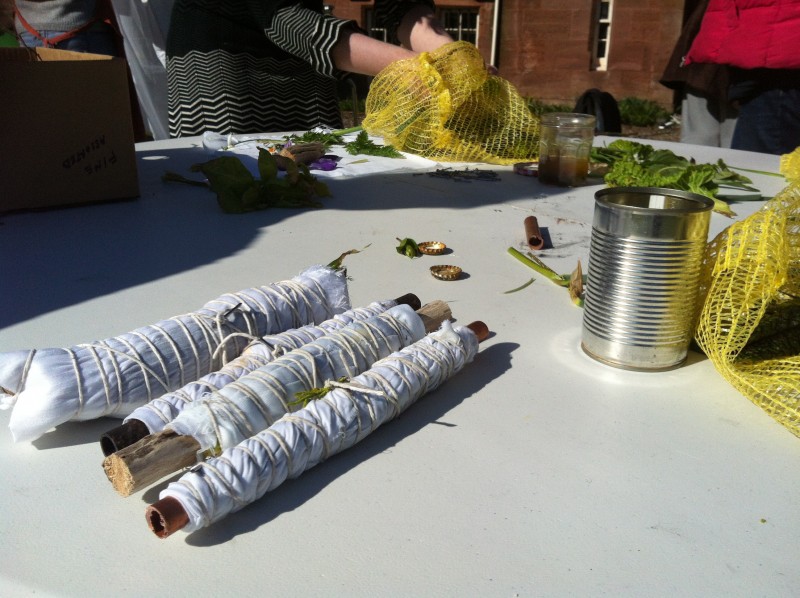 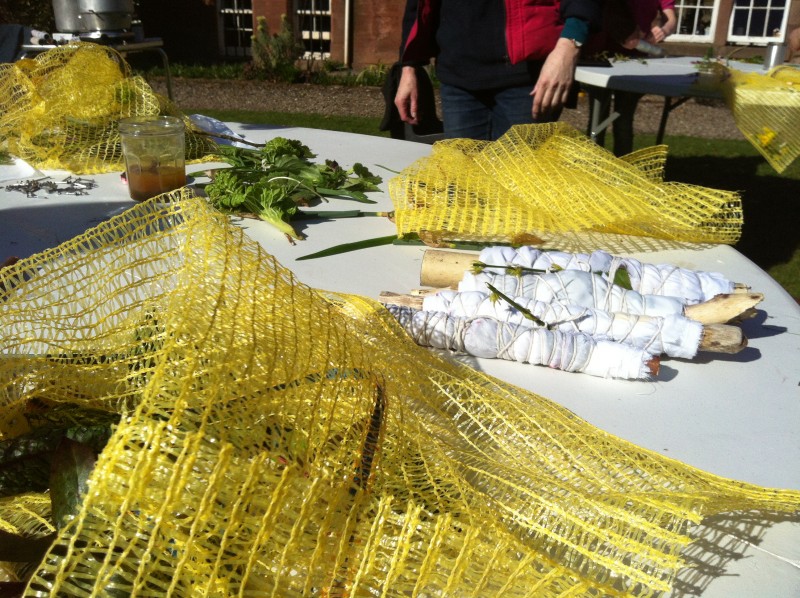 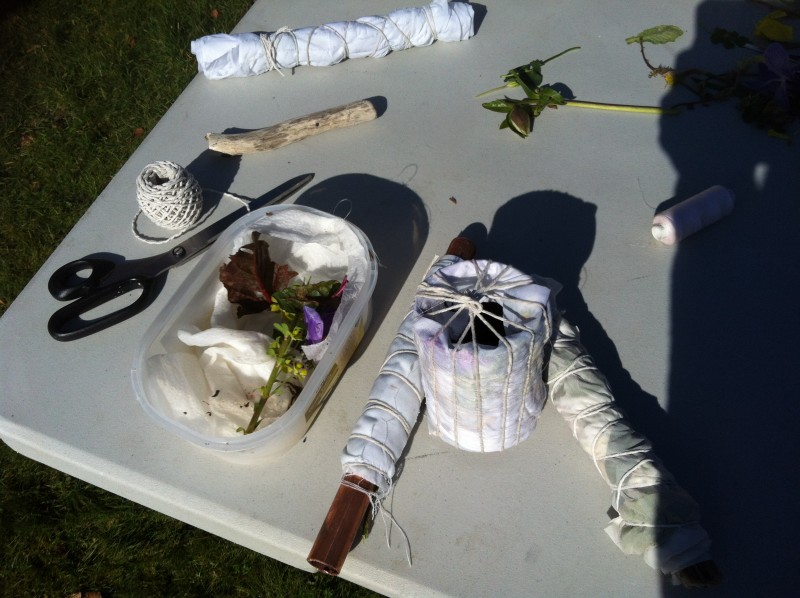 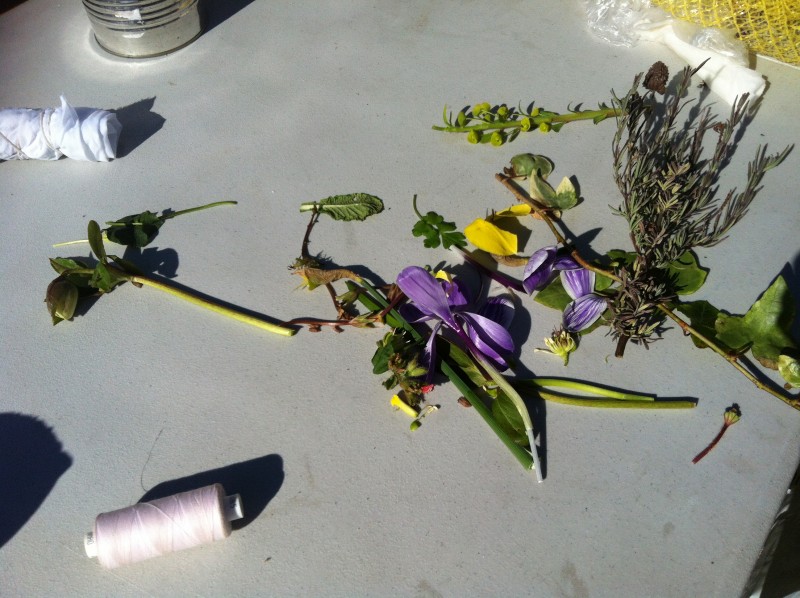 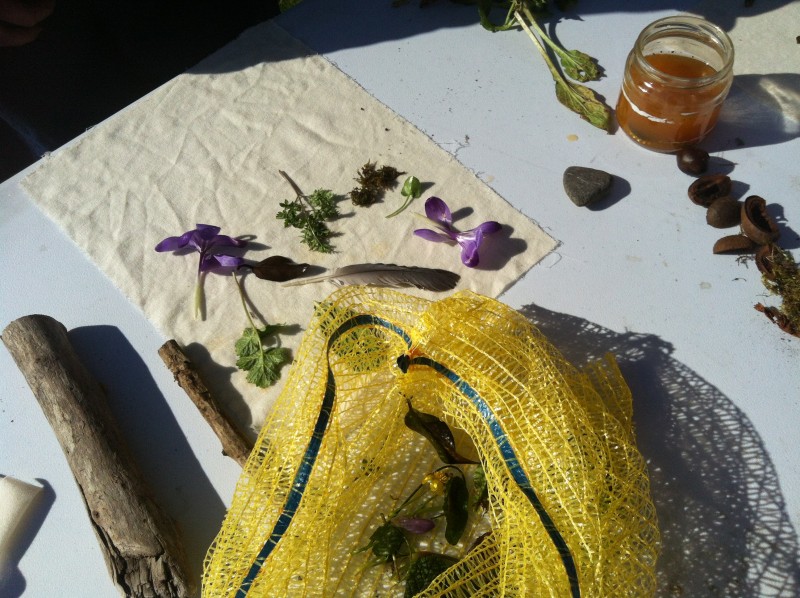 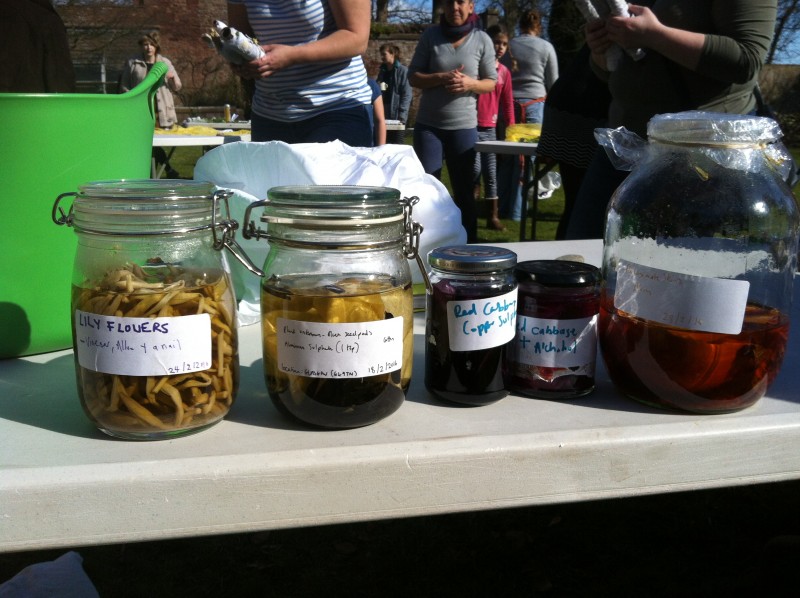 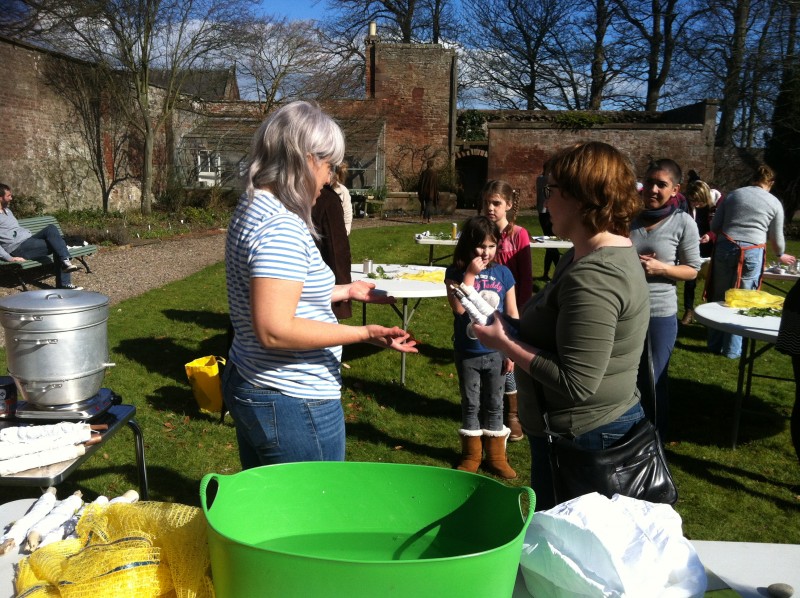 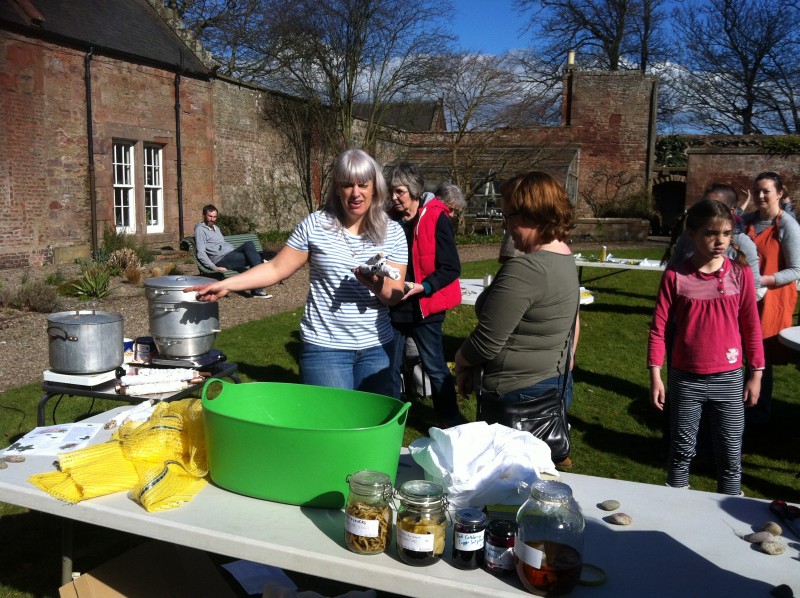 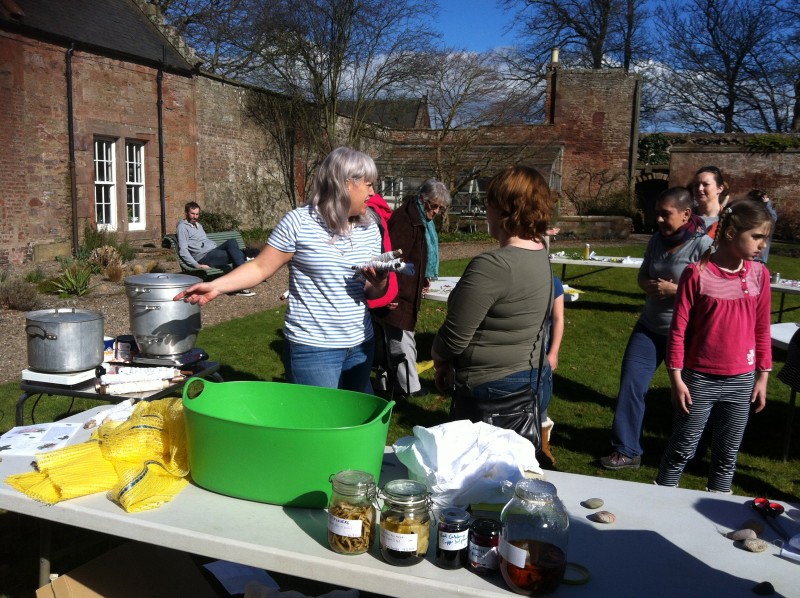 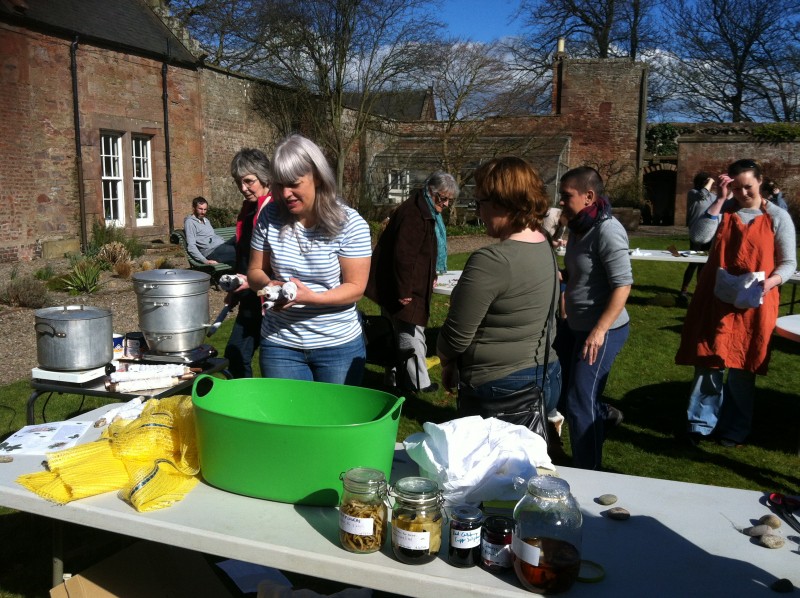 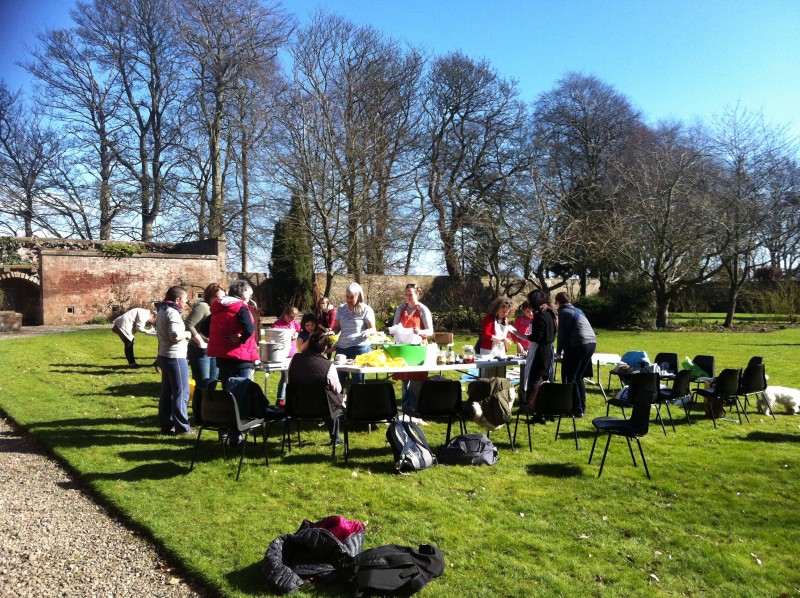 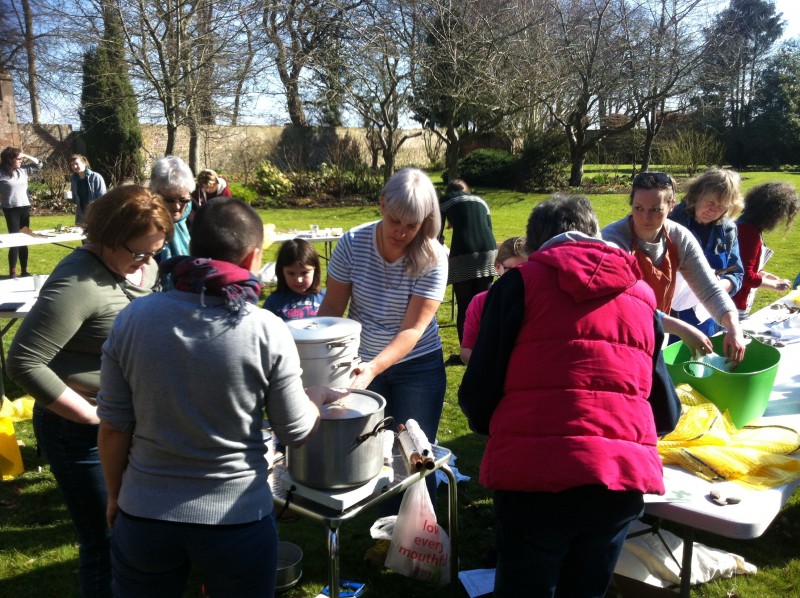 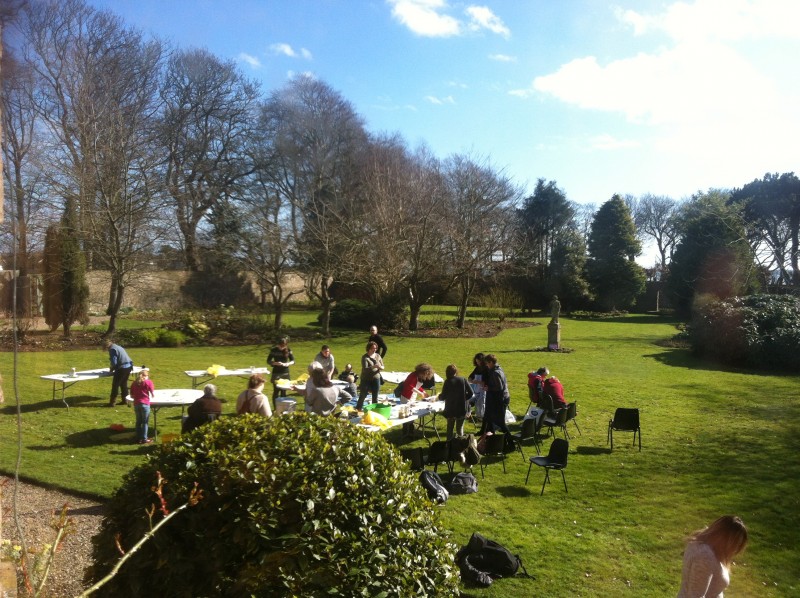 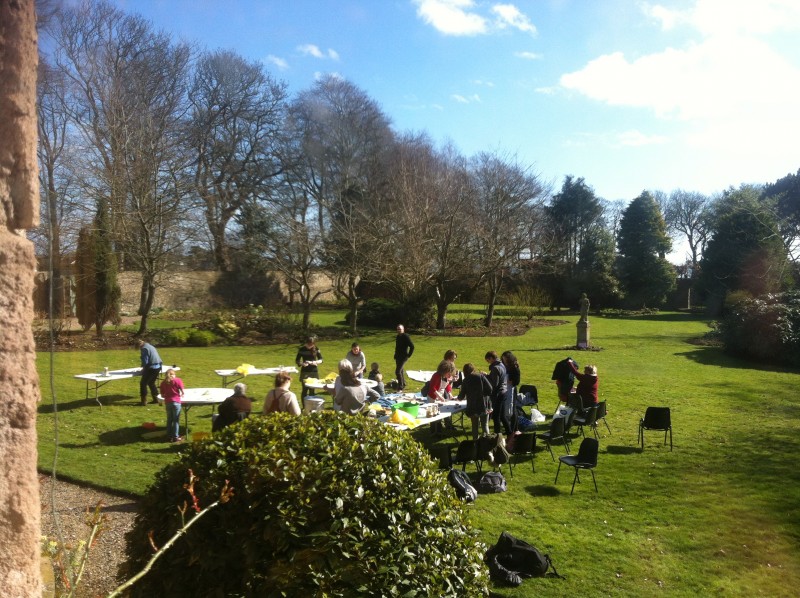 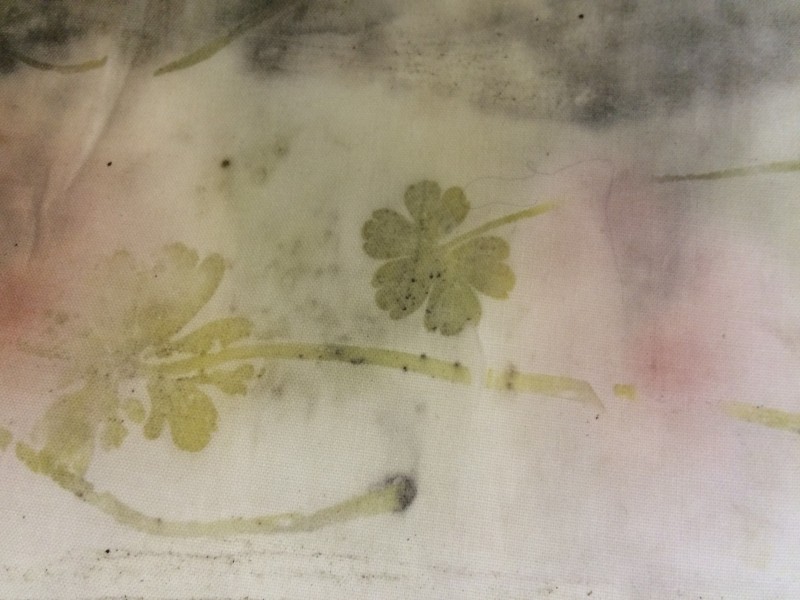 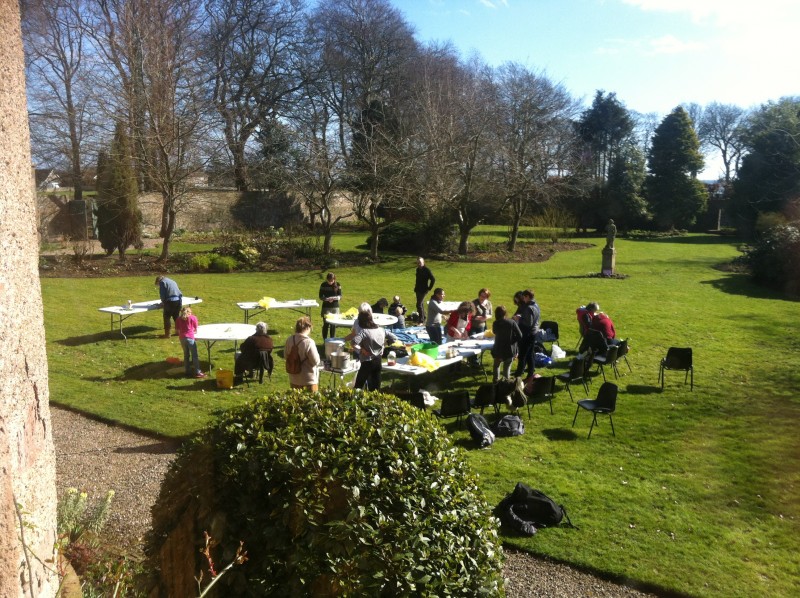 £5 per person. Suitable for adults and children. Children should be accompanied at all times (accompanying adult doesn’t need to pay).

All materials provided but please bring with you any flowers or leaves you want to try out.
Please wear warm clothes that you don’t mind getting dirty.

Laura Aldridge has devised a workshop which will explore eco dying techniques, using plants found locally to make colour imprints onto fabric. This technique gives us a way to look back on the history of ink starting from the biological and mineral materials close at hand, and also to think through the significance of taking a direct imprint, another way to consider form / former and cultural influence.

Laura Aldridge works with sculpture and images often reflecting on ‘life practice’ or ‘an artfullness in everything you do’, an integration of living and creative action which can encompass craft, gardening and performance. A recent exhibition in Passerelle – Centre d’art Contemporain in Brest, France had the title One to Another, One-To-One, indicating a interest in relations between people but also between artist and material. She had a solo exhibition at Tramway Glasgow in 2015 which was partly developed through a Production Residency here at Hospitalfield in 2013. 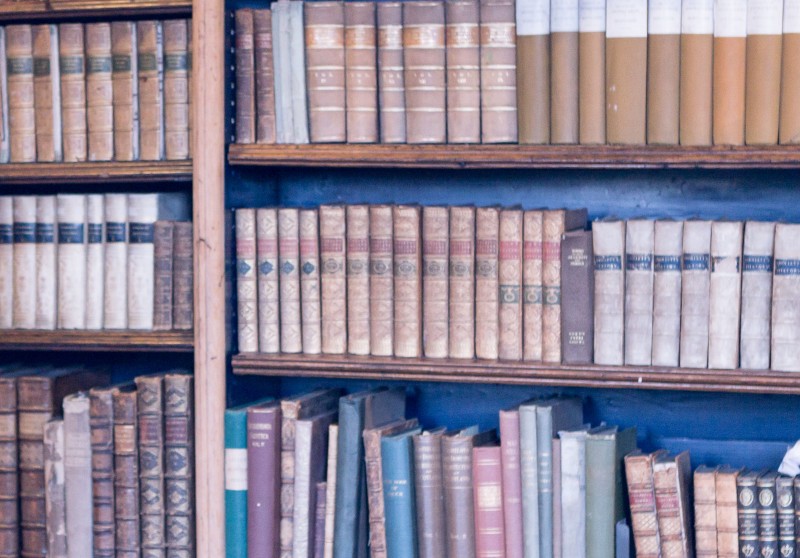 Alasdair Sutherland has been investigating Hospitalfield’s library and will use his recent research to form a short presentation. 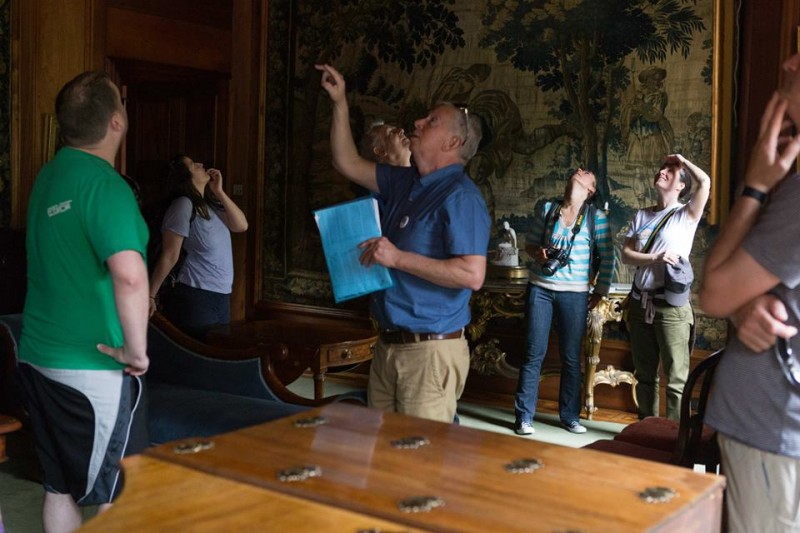 As with all our open weekends we are running tours of the historic house, alongside Graham Fagen’s exhibition, which give an insight into the vivid history of Hospitalfield House and its collections.

Weather permitting the tour will start in the gardens so please wear appropriate clothing. 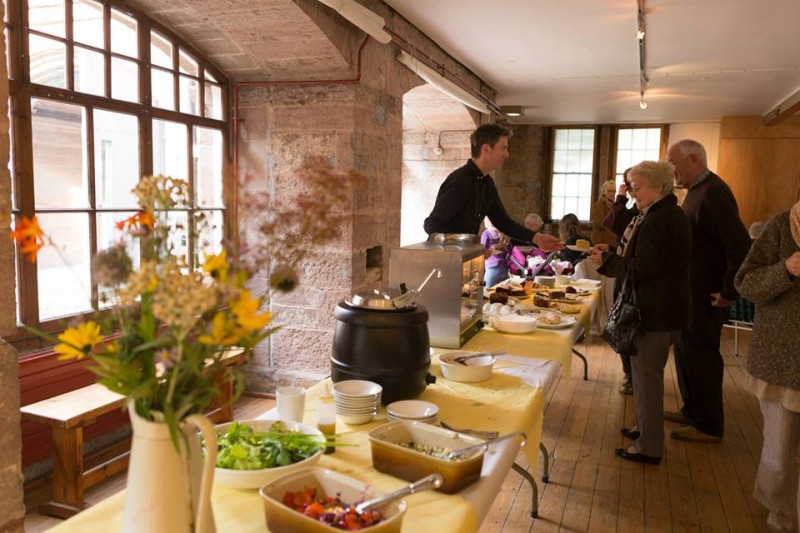 Make a day of it with lunch in our cafe in the Music Room on the ground floor of the house. Hot and cold seasonal food is available all day in addition to a great array of delicious cakes.

Our open weekend coincides with the launch of the Taste of Angus Festival – a whole week of excellent food events across the region.

Graham Fagen works with video, performance, photography, sculpture and text, making works that explore how identity is both created by, and is a response to, its cultural context.

In 1999 Fagen was invited by the Imperial War Museum, London to work as Official War Artist in Kosovo. Since then he has exhibited widely both in the UK and abroad.

In 2011 Fagen was International Artist in Residence at Artpace, San Antonio, concluding with a solo exhibition, Heavy Manners. In the same year the Scottish Portrait Gallery commissioned a video work entitled Missing, a mediation on Andrew O’Hagan’s book, Missing. With the theatre director Graham Eatough he created The Making of Us, a performance, installation and film, staged in Tramway for Glasgow International 2012.

Recent solo exhibitions include Cabbages in an Orchard, Glasgow School of Art and In Camera, with Graham Eatough at Panorama, La Friche, Marseille.