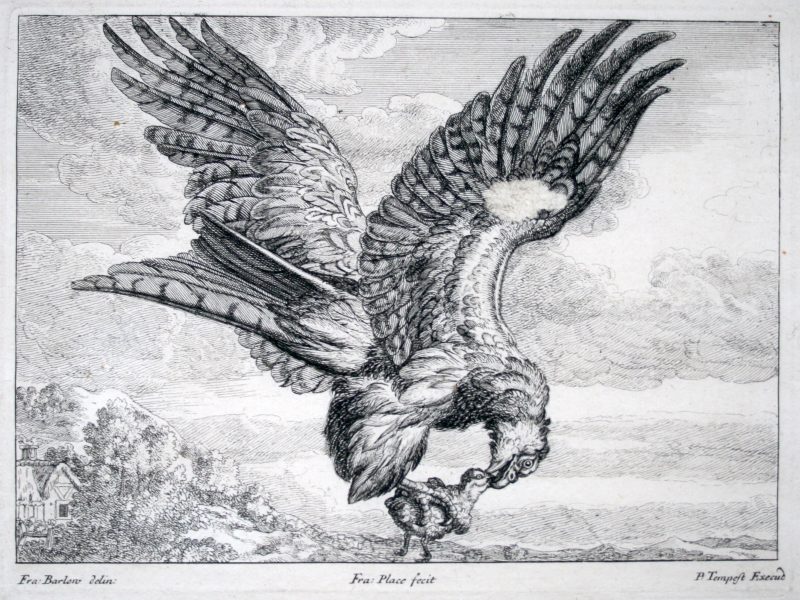 The antiquarian George Vertue (1684-1756) sets the scene: during the later decades of the seventeenth century “…there were then residing at York a set of most Ingenious Virtuosos.” This collection of gentlemen, largely of independent financial means, included a physician, a topographer, a mathematician, several amateur artists and a glass painter, who met regularly in the city on social and intellectual terms.

This talk will focus on the activities of two members of the Virtuosi, firm friends and ‘sworn brothers’ Francis Place and William Lodge, both of whom are represented in the collections at Hospitalfield. From fishing trips and sketching tours, to scientific illustrations and experimental pottery, with a case of mistaken identity and brief imprisonment thrown in for good measure, Place and Lodge highlight ways in which the visual arts contributed towards the polite recreations and self-improvement of the independently wealthy in early modern Britain.

Dr Helen Pierce of the University of Aberdeen researches British art of the early modern period (c. 1550 – 1750), with a special interest in the interplay between printed images, propaganda and polemic across the 17th-century.

Pierce has previously worked as postdoctoral research fellow at the University of York’s Centre for Renaissance and Early Modern Studies, and two years as an Associate Lecturer for the Open University. She has also held research fellowships at the Paul Mellon Centre for Studies in British Art, the Folger Shakespeare Library in Washington DC and the Huntington Library in Pasadena, California and is a Fellow of the Higher Education Academy.

Francis Place (1647 – 1728) was an English draughtsman, engraver, printmaker and potter who worked predominantly in York. He was the maternal great uncle of Elizabeth Allan-Fraser of Hospitalfield, who was bequeathed in descent a great volume of his collected prints, drawings and objects dating from the late 17th-century and early 18th-century. Place was practicing law in London when he became acquainted with Wenceslaus Hollar, the great topographical artist and the most accomplished etcher in London, and it was through Hollar that Place was introduced to the London print-selling world and learnt the art of etching. Place was the first English artist to concentrate on landscape, and a handful of early topographical drawings exist. He made several views in and about York in conjunction with his good friend, topographical artist William Lodge, with whom he was firm friends and “sworn brothers”. Hospitalfield hold a portrait of Lodge by the artist Alexander Comar which will be on display during the talk.

The original collection of Place’s prints and drawings remained intact at the Hospitalfield until its partial sale in 1931. An idea of its former size and scope can be gained from the sale catalogues and works now in public institutions, including Tate and the British Museum. Drawings, etchings and mezzotints by Place, as well as some remaining print albums still survive in the Hospitalfield collection, as do two mid-eighteenth-century manuscript catalogues of the collection. Earlier this year Hospitalfield were happy to loan 10 of these prints to Fairfax House in York as part of the exhibition Made in York, Inventing & Enlightening the Georgian City, which runs until 12 November this year.

This talk looks set to be illuminating and entertaining, and we hope that you will be able to make attend.