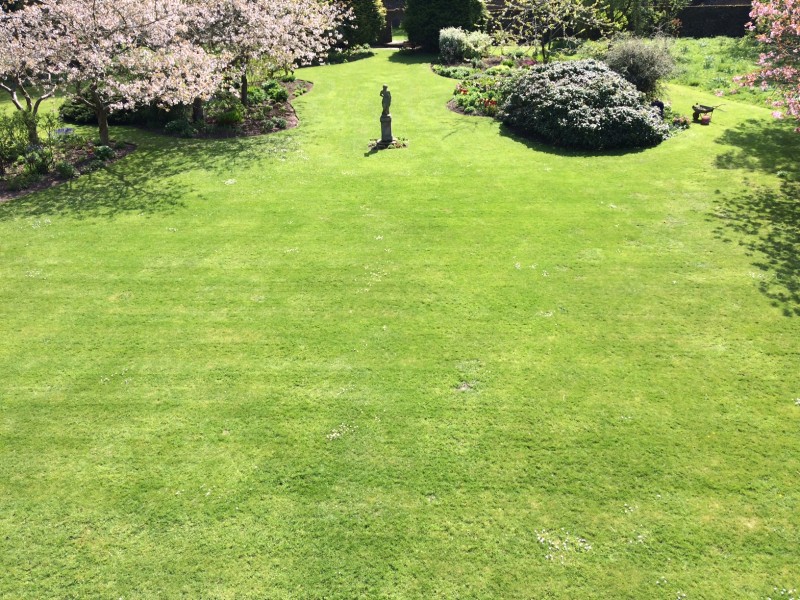 Tamara Henderson and Lubaina Himid were invited to make new works specifically to be presented during our Summer Season. Both artists had come to know the house, collections, gardens and grounds well; Tamara through her residency in 2015 supported by the Royal Overseas League and Lubaina through frequent visits made over the preceding six months.

Through these visits and conversations, the word Blush came to the surface. The title of Tamara Henderson’s sculpture and a cocktail, it is alluring, unnerving and exhilarating.

The most peculiar and most human of all expressions… we cannot cause a blush, by any physical means, it is the mind which must be affected.

Charles Darwin in his chapter on Blushing, which deals complex emotional states including self-attention, shame, shyness and modesty, within The Expression of the Emotions in Man and Animals, 1872, and referred heavily to Dr Burgess’ book The Physiology or Mechanism of Blushing, 1839.

This exhibition was launched with a series of events at our Summer Season Open Weekend. 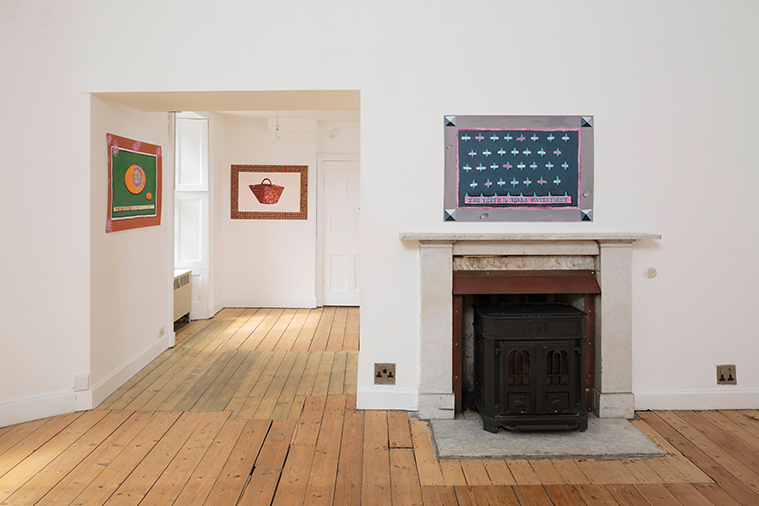 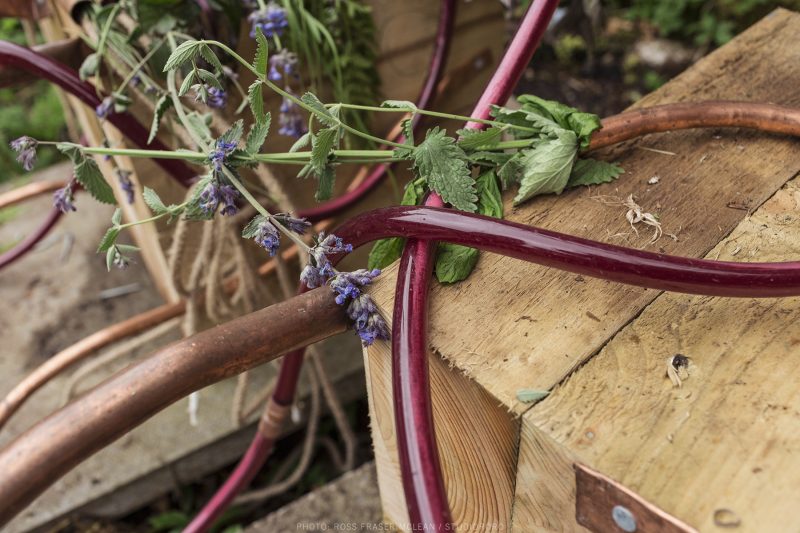 Lubaina Himid‘s new paintings on paper shown across two central rooms in the house, offer clues for artists, travellers and historians. Using the motif of the Kanga, the everyday clothing for East African women, the sense of cloth, its manufacture and decoration are central to this new body of work. The Kanga is a ubiquitous garment yet in its simplicity these squares of cloth hold great power in the various ways that they can be personalised. Beautifully designed, these sections of cloth meant to be draped across the body, often include symbolic texts; slogans, prayers or mottoes. Lubaina Himid also invited two other artists, Rebecca Chesney and Ingrid Pollard to contribute to the weekend, in line with a recurring brokering approach in her life as an educator and exhibition organiser in which she recognises that she never want’s to be the only one and that more always happens in groups.

Tamara Henderson has a fascination for the handmade, she is interested in complex and layered construction. Her sculptural vocabulary includes many materials particularly cloth; hand painted, stitched, layered, stretched, stuffed, stressed and pulled. She seems to travel with bundles of materials as she collects astonishing things to make her work. Her sculptures often include a social element; a meeting place or bar and her work for the gardens at Hospitalfield is an interpretation of a fountain, a place to gather, make a wish, be refreshed. 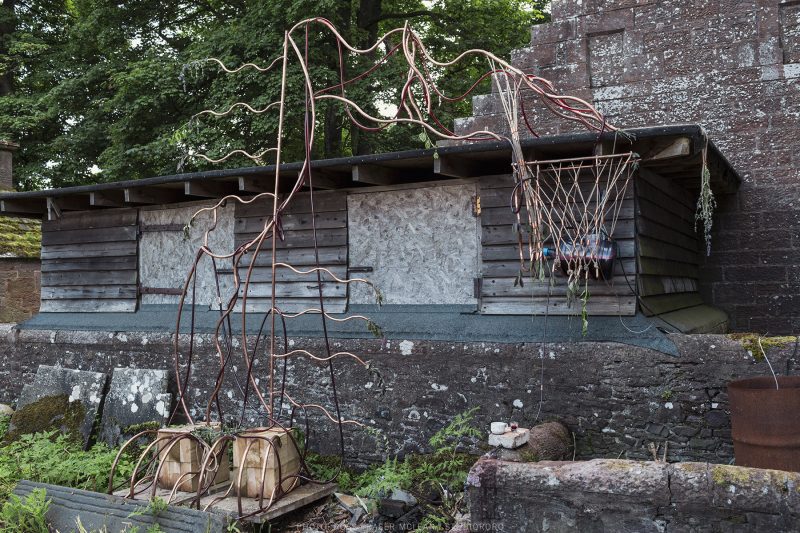 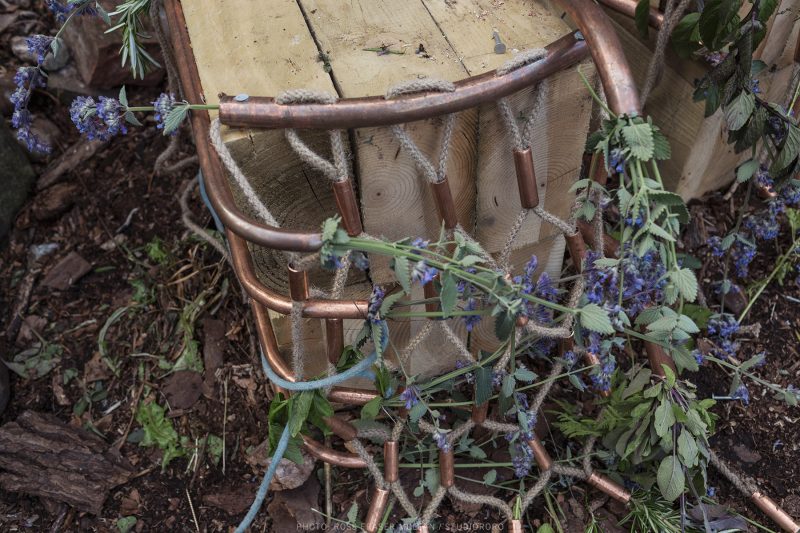 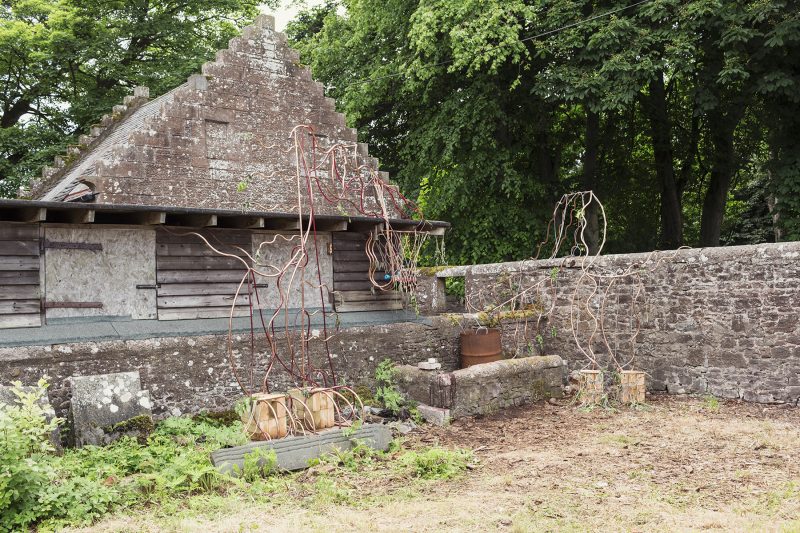 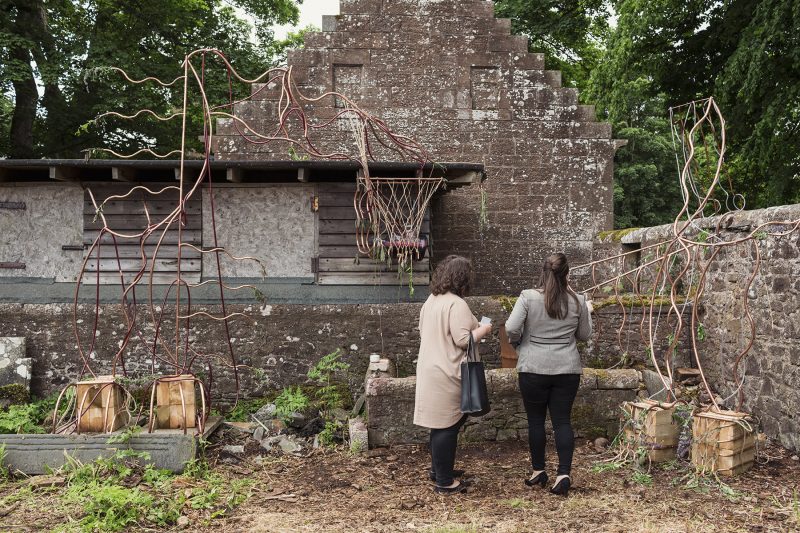 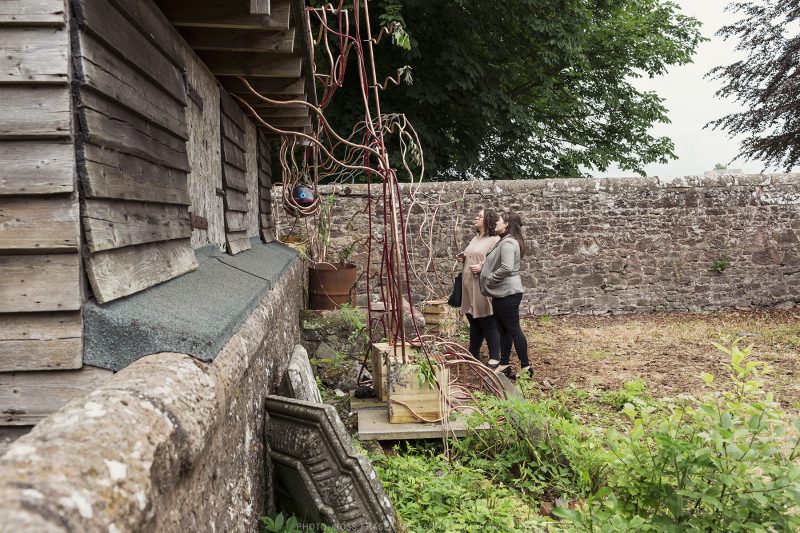 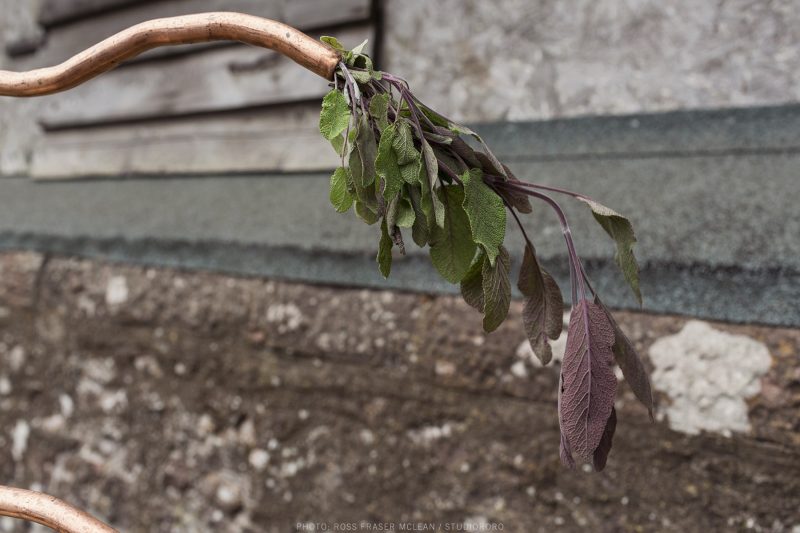 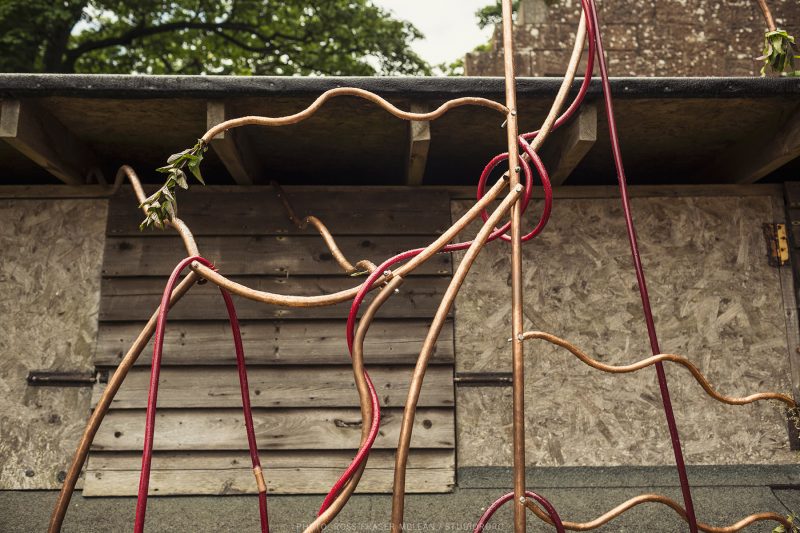 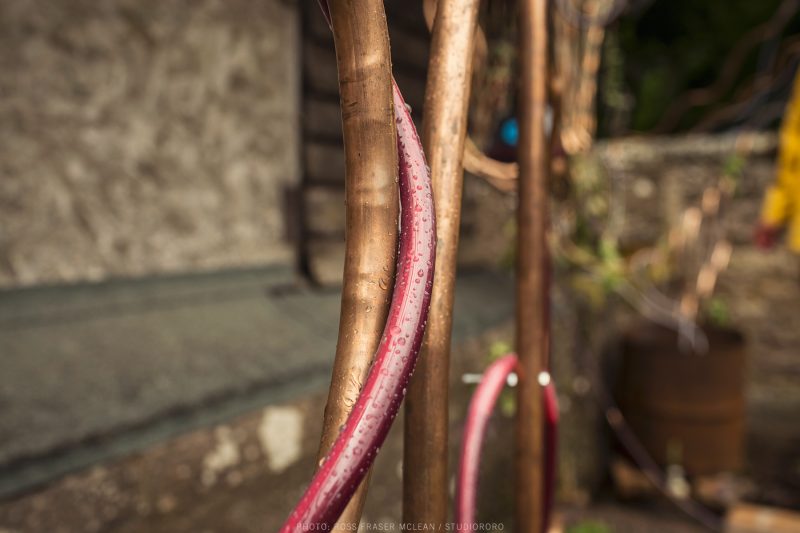 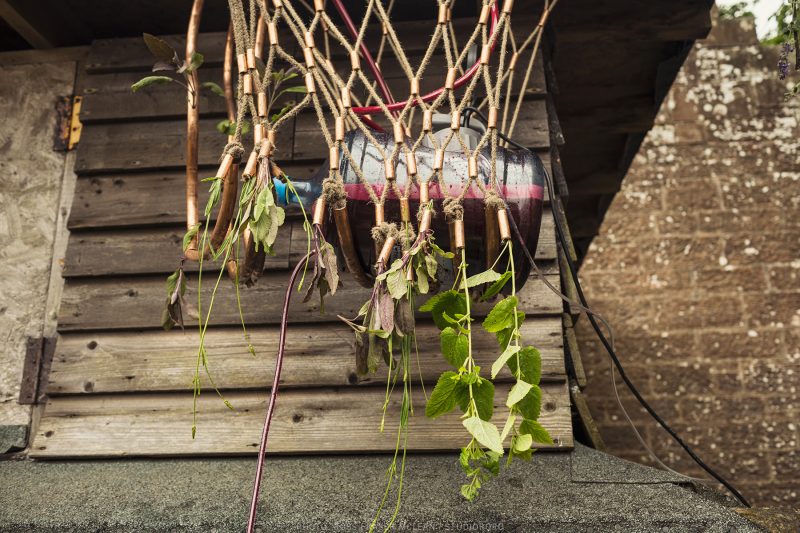 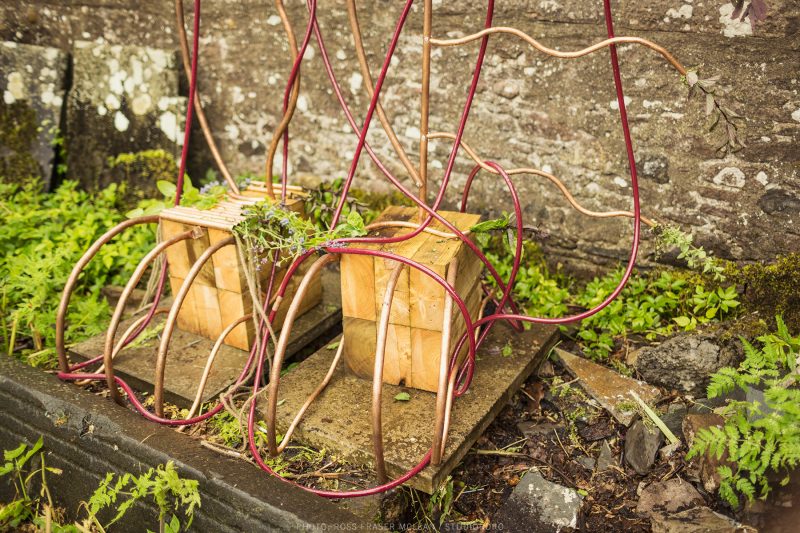 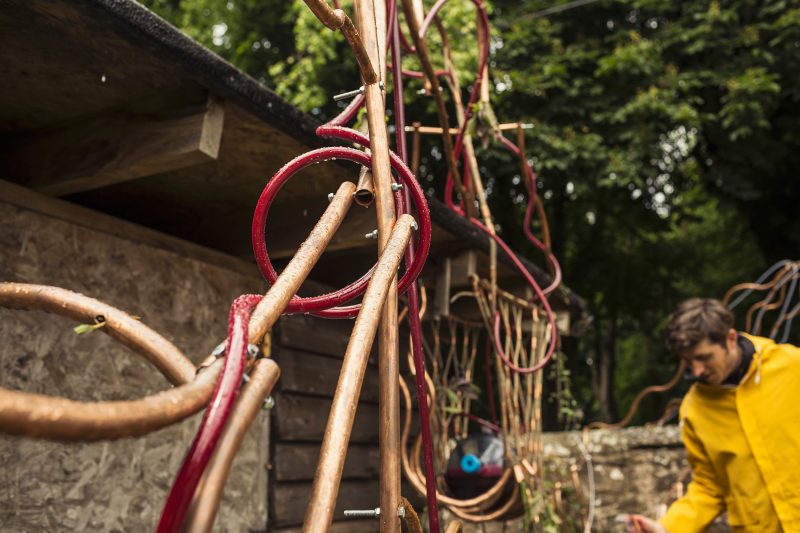 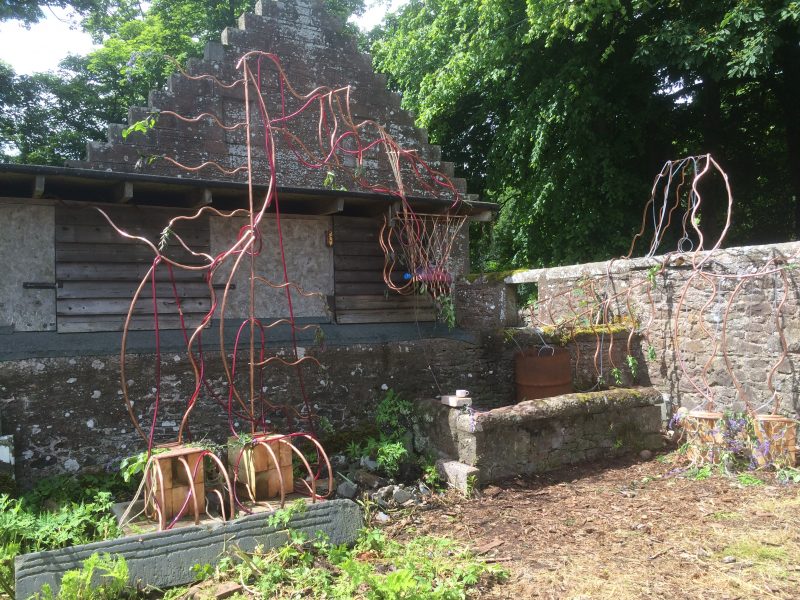 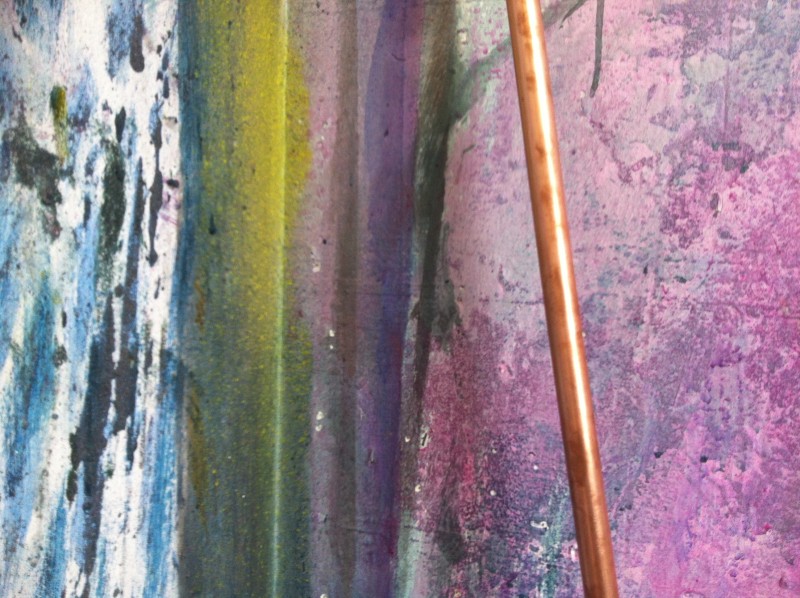 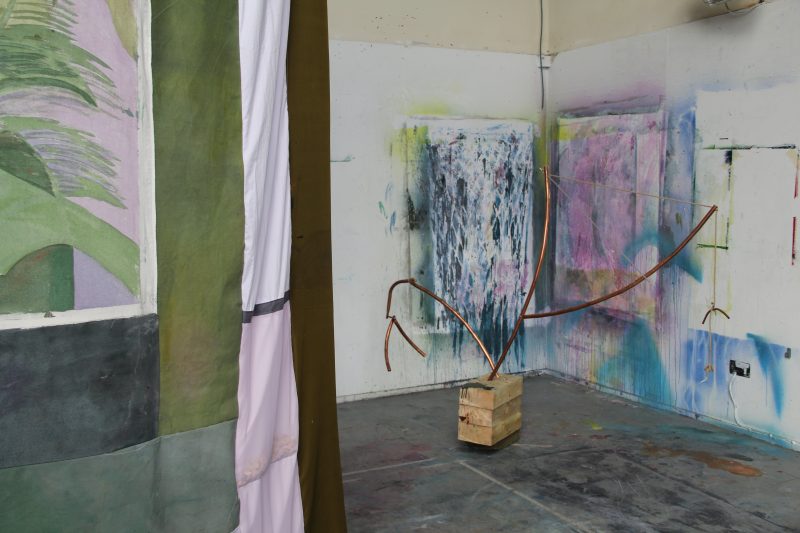 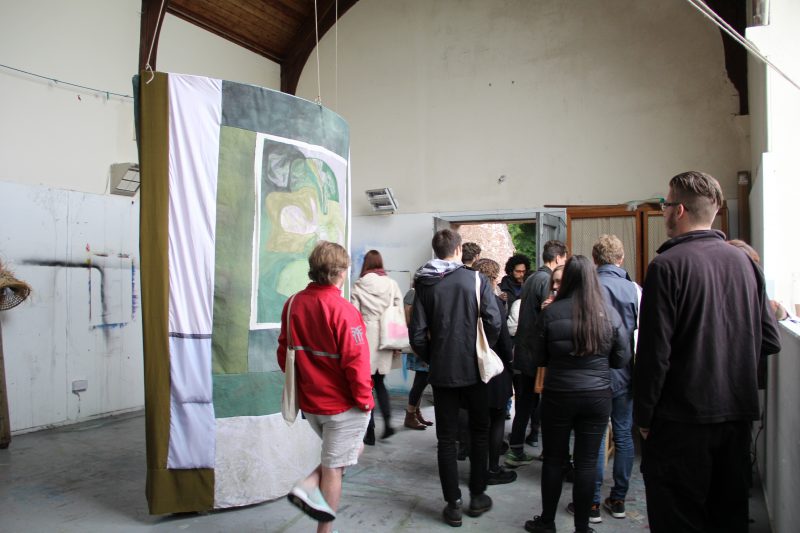 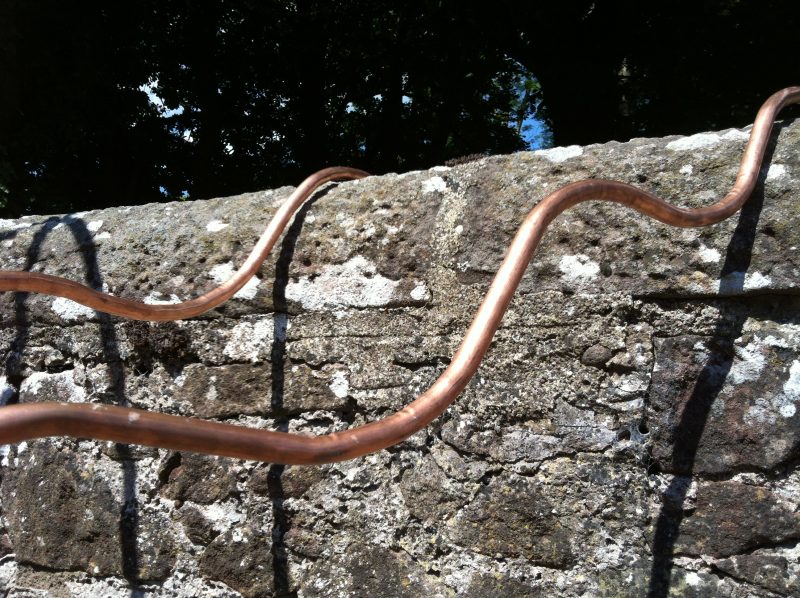 Tamara Henderson is an artist originally from Sackville, Canada. In her sculptures,  Henderson uses hand made fabrics and artefacts alongside natural materials and found objects imbued with significance through her travels and investigations. Writing, sculpture, hosting and film blend within her work to make exhibitions and events which feel like performances to be part of.

This year for Glasgow International Festival of Visual Art she presented a large scale solo exhibition, Seasons End, at The Mitchell Library which she developed as a Royal Over-Seas League Visual Art Scholar at Hospitalfield. That body of work was led by a strong character embodied in the sculpture Garden Photographer Scarecrow. Elements of the accompanying exhibition were influenced by Henderson’s experience and the materials she accumulated on residency in Arbroath in the Autumn and in Istanbul over the winter. 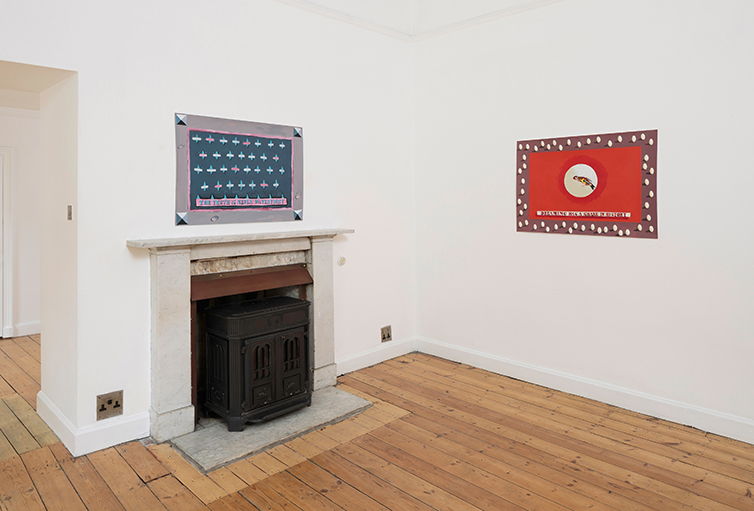 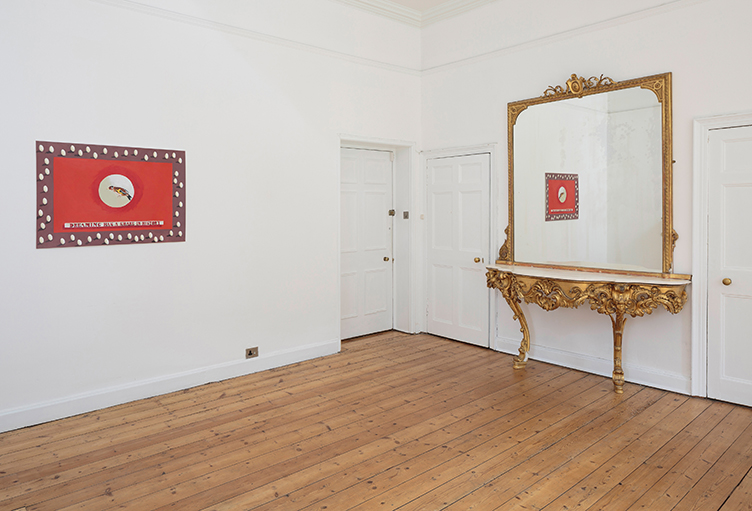 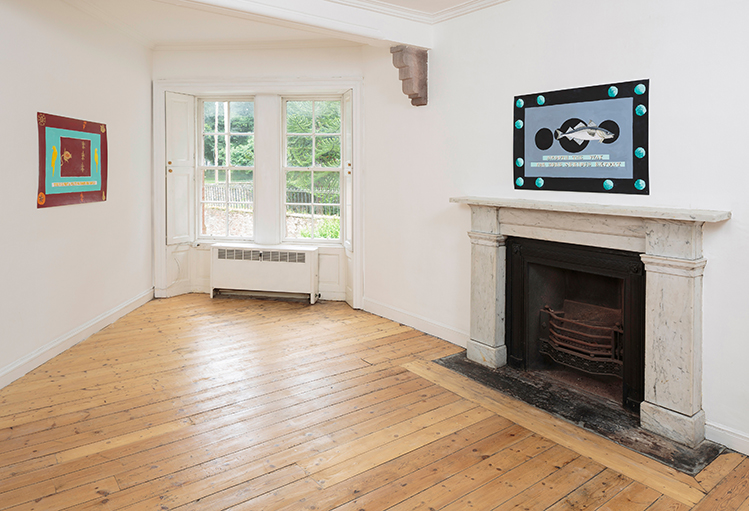 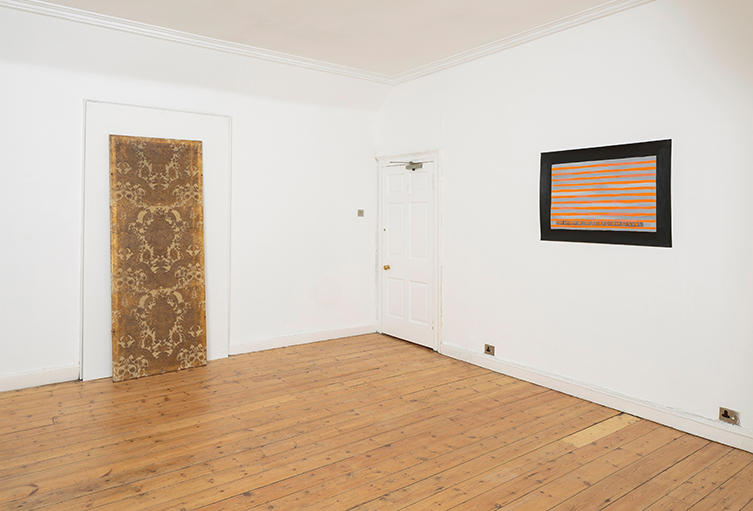 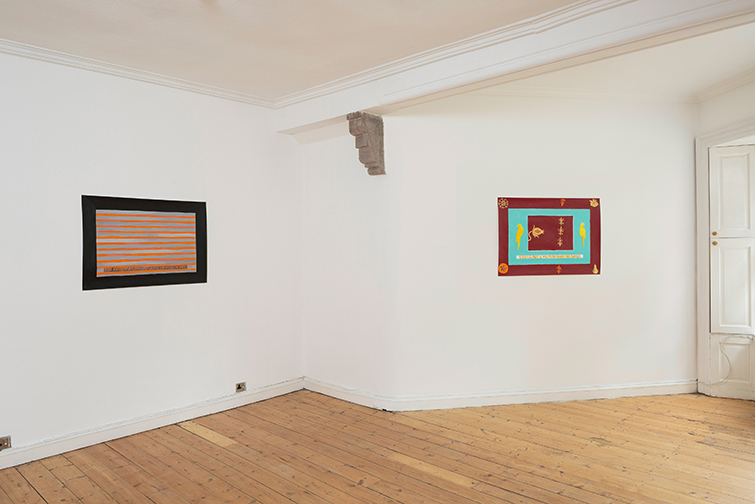 Dreaming has a Share in History : New Kangas from the Archive

Using the motif of the Kanga, everyday clothing for East African women, Lubaina Himid‘s new paintings on paper offer clues for artists, travellers and historians. Designed to be as useful as a list, as random as a horoscope and as efficient as an illustrated memory these picture postcards with texts by Walter Benjamin examine the wisdom of yesterday and the unpredictability of tomorrow.

Several short visits to Hospitalfield provided the screenplay for this new work; it opens with scenes at familiar railway stations from a past life; fast trains present blurred window films of crossing borders, snowy mountains and vast stretches of icy water, punctuated by golf courses, bridges and a well beloved football ground. There are several sudden arrivals in a sports car at a romantic idyll, pink and perfect, nestling on the north sea coast as if for a house party in a detective novel where invisible servants waste their lives and the arguments about art and legacy shiver through every room. This is followed by rushed departures from a false reality, clutching nourishing food parcels for the long journey back to a vaguely disorienting but endlessly timetabled world.

Lubaina Himid was born in Zanzibar and is based in Preston in the north of England. Her work investigates historical representations of the people of African diaspora and highlights the importance of their cultural contribution to the contemporary landscape. Though she is known as a painter, recently her work has engaged with museum collections in particular through discussion of cultural histories. One ongoing body of work is a series of paintings on paper which take their inspiration from Kangas, a decorative printed textile, often holding a text motto, riddle or proverb, used in east Africa as a wrap around outfit.

Lubaina Himid was one of the pioneers of the Black Art movement in the 1980s, which offered a forum for black artists exploring the social and political issues surrounding black history and identity. She is professor of Contemporary Art at the University of Central Lancashire.

Hospitalfield would like to thank The Elephant Trust for supporting Lubaina Himid’s commission and the Royal Over-Seas League for their support of Tamara Henderson’s visit to Hospitalfield as part of their ongoing ROSL Visual Arts Scholars Programme with us.