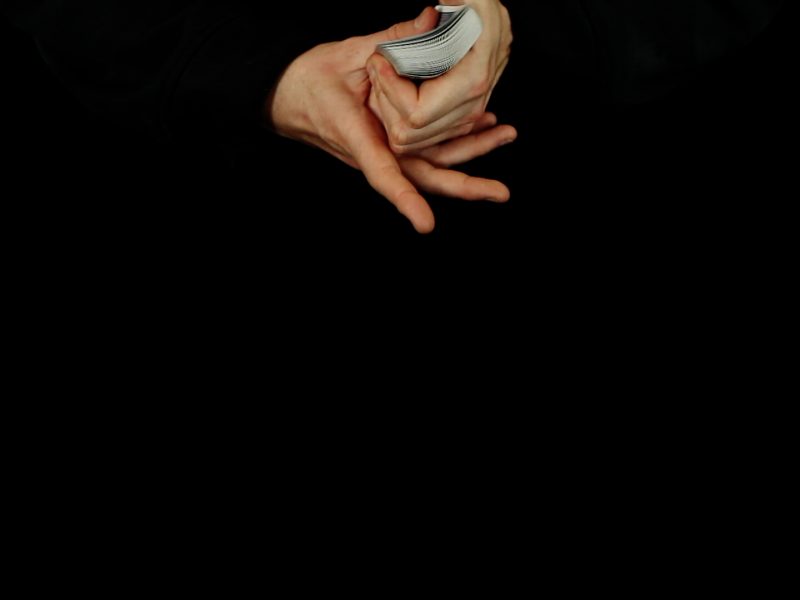 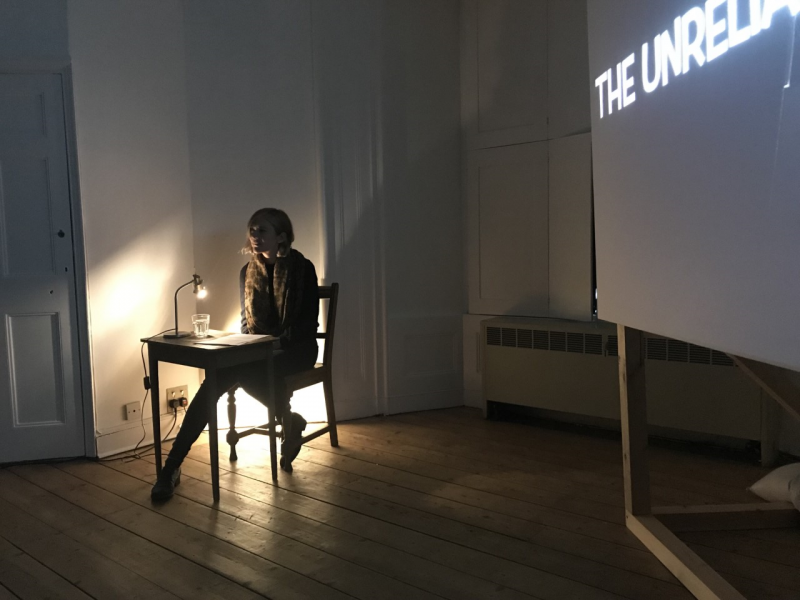 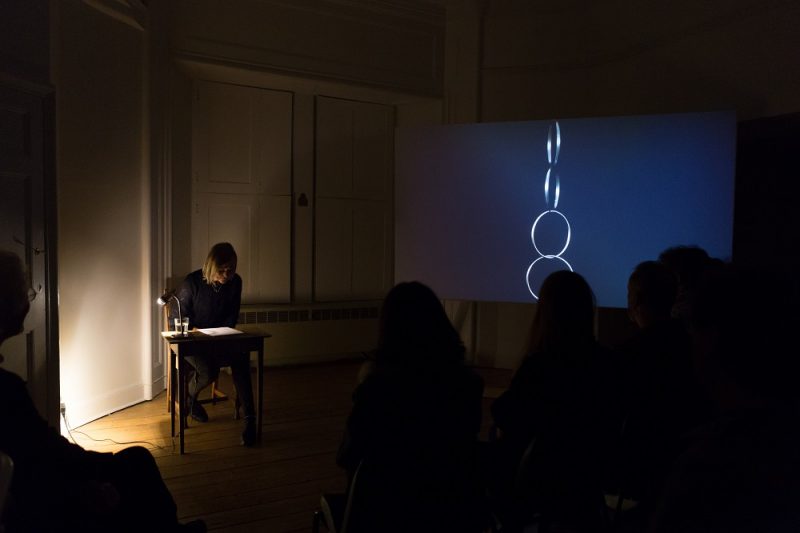 For the Autumn Season Open Weekend 2019 at Hospitalfield, Sarah Forrest was commissioned to make a new moving-image and performance work titled The Unreliable Narrator.

The work exists in two parts, a moving image installation (Part 1) and a performance by the artist (Part 2), each building on and yet complicating the other.

The Unreliable Narrator focuses on a magician’s complicated relationship to truth. The art work draws its content and concept from the unspoken contract that exists between a magician and their spectator, that ultimately permits deception. The title is a play on the trope of an ‘unreliable narrator’- a storyteller whose credibility has been seriously compromised.

The installation (Part 1) featured two films installed as if a mirror of each other in separate rooms in the House, each depicting the hands of a magician performing close magic. The audio of the cards flicking and shuffling providing a rhythm to the illusion. The tricks have been shot and edited, a process of manipulation by the editor/film maker, through this the work reflects the productive tension between the performer (the magician) and the artist (the film maker), a relationship based on trust. Like her role in the making of the film, the scripted performance (Part 2) will see Forrest take on the role of a narrator herself.

Sarah Forrest is an artist based in Glasgow who often works with film, installation, text and sound.