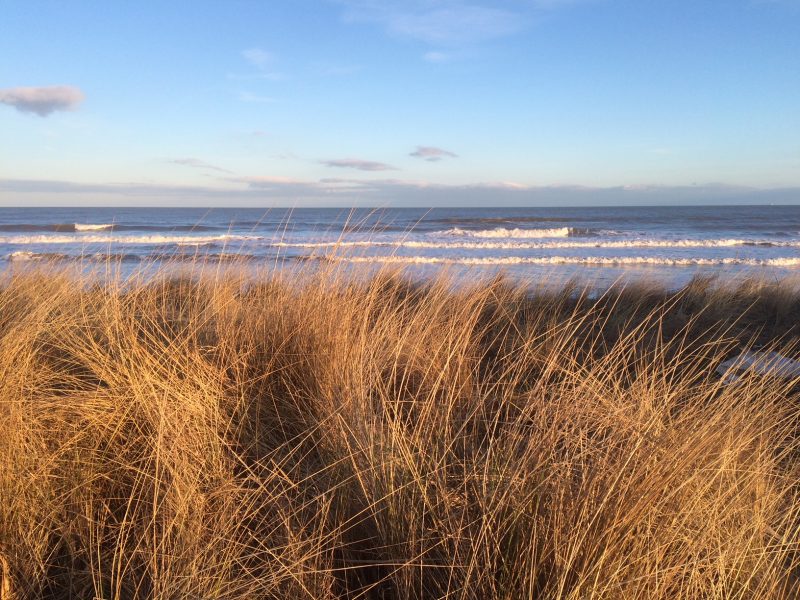 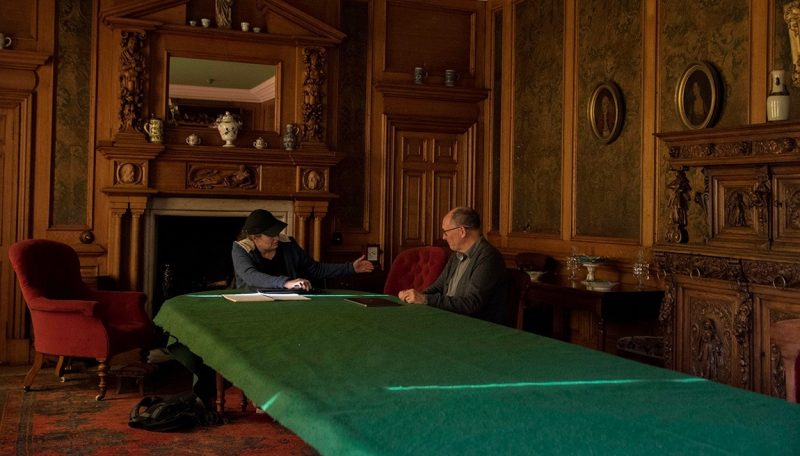 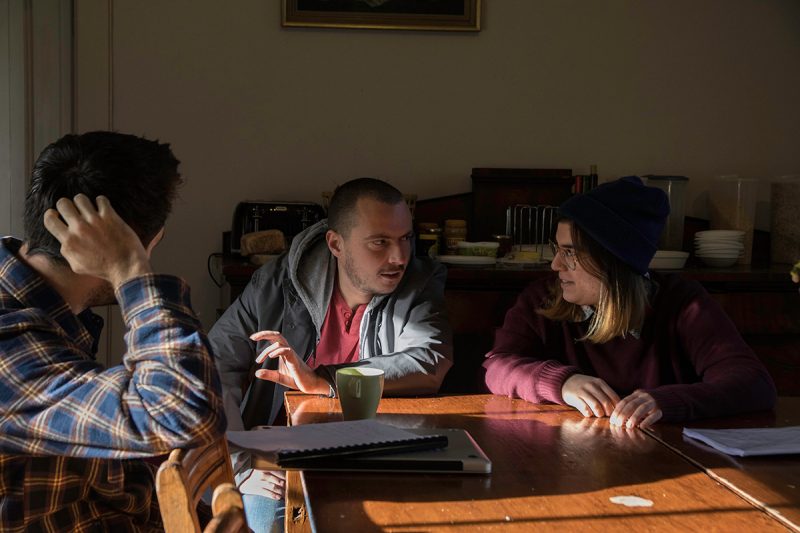 BellRock ran for four successful years, mentoring in total 24 emerging screenwriters and directors in Scotland. In October 2019, Screen Scotland withdrew funding and as a result, the Programme has come to a halt.

BellRock was an inspiring, challenging and practical programme giving filmmakers and screenwriters a chance to work with a team of established international industry mentors to develop original screenplays during a series of residencies and discussions.

The project arose from an identified strategic need for additional support for filmmakers and screenwriters based in Scotland highlighted within Creative Scotland’s Film Strategy, and is a partnership with Producer, Mentor and Script Consultant Olivia Stewart of Three Rivers Film; and Hospitalfield.

Olivia Stewart is the Director of the workshop and is joined by two other experienced mentors, Ian Sellar and Alfredo Covelli.

The programme included three separate residential workshops, mentoring, masterclasses, screenings and discussions. It was aimed towards Writer/directors, screenwriters, filmmakers, playwrights, and artists living in Scotland and who can demonstrate their commitment in their future in film, interest and talent with previous work whether short films, feature films, documentary, or a play, and who are looking for guidance and support in writing a feature length screenplay.

In 2019, BellRock ran the Directors’ Workshop which gave 4 directors in Scotland the chance to work with Gyula Gazdag (Head of the Sundance Directors’ Lab), Jacques Comets (previous Head of Editing at La Femis, Paris), Olivia Stewart, local actors, directors of photography and an assistant editor to make a short film during a 10-day residential workshop at Hospitalfield. The Directors who participated in the Dirctors’ Workshop were John Barrington, Razan Madhoon, Laura Carreira and Alasdair Bayne.

BellRock Creative Scotland Screenwriting Workshops led by Olivia Stewart is an intensive series of residencies and mentoring support for six writers and filmmakers per year and has run since 2016.

“Excellence and diversity has informed our selection of the writers and directors for BellRock and, through a series of individual and group sessions, masterclasses and general discussions, our aim is for the participants to realise the full potential of their vision.

Excellence has also been key to my involvement with the Scottish filmmaking community which started in 1985 and includes producing THE HOUSE OF MIRTH in Glasgow in 1999 and working with Scott Graham on the script for his film SHELL in 2009, so I too am delighted with the new opportunity that Creative Scotland and the Scottish Government have given us to bring to the international filmmaking community the talent and outward-looking diversity which reflects Scotland today.”

“Following the success of the two initial Bellrock Screenwriting Workshops in 2016 and 2016, which resulted in the projects being pitched to an industry panel during the Glasgow Film Festival in February 2017, we are delighted to be working again with Olivia Stewart, Ian Sellar, Alfredo Covelli and the team at Hospitalfield, to host the programme in its second year. The selection process was challenging due to the high quality of material submitted by a number of outstanding screenwriters based in Scotland. We are hugely excited by the final selection and look forward to reviewing the final screenplays developed over the course of the programme.”

“Hospitalfield is delighted to be hosting the BellRock Creative Scotland Screenwriting Workshops and using our infrastructure and networks to manage and deliver the programme. As a site, this beautiful house has over 150 years of history in supporting the development of ideas and skills in cultural fields and we have several existing literary connections which are born out in our collections and archives. Our situation works well as both as a meeting place and as a location for individual study; both are important elements of this programme.”

She has also been a member of the NSW Aurora Script Workshop in Sydney; the Glasgow Playwright’s Studio Script Workshop; the Selection Committee for the TorinoFilmLab Framework Programme; NFDC Film Bazaar and National Script Labs and Film Bazaar’s annual Works in Progress; and, the International Juries for the Locarno Film Festival, the Fajr Film Festival, Tehran and Asiatica Film Mediale, Rome and in 2015 was a member of the San Sebastian Film Festival New Directors’ Jury.

In 2014 she set up the EYE PRIZE with the EYE Film Museum Amsterdam; and in 2015, the PJLF Pangolin Prize – a two-year sculpture residency. In 2018 she co-authored a monograph on photographer Joan Leigh Fermor and was the Curator of the Benaki Museum’s Exhibition, The Photographs of Joan Leigh Fermor: Artist and Lover.  Also in 2018, she set up the Dharamsala Editing Workshops with the Dharamsala International Film Festival.

Alfredo Covelli is a producer, director and writer. As a screenwriter, his credits include: La Scuola è Finita directed by Valerio Jalongo (Rome Film Festival 2010); Italian TV series I Liceali; I Liceali 2; Piper; and feature Studio Illegale directed by Umberto Carteni. In 2015 he was a script consultant for the Film Bazaar Workshops run by India’s NFDC, (National Film Development Corporation).

His directing credits included Grandma Must Get Dry 2011 (short), Salmon, Missing Parts and Love Letter, Even if You Treat Me Bad (shorts), Ring People (documentary) With Real Stars Above My Head.

Ian Sellar is a filmmaker who began his career as an assistant to Bill Douglas. He went on, via design and editing, into writing and directing shorts and then to studying at the National Film and Television School.  His first feature, Venus Peter was in official selection in Cannes and Sundance. This was followed by Prague, also chosen for Cannes, Tokyo and many others.

As a writer his, Home Road Movies was winner of the Cartoon d’Or and numerous other prizes. Ian, based in the UK, is senior lecturer at the National Film and Television School. He has run workshops, normally at first feature level, for writers and directors in many parts of the world. Within the industry working with individual feature directors and writer/directors Ian acts as an advisor from script development onwards. His most recent credits include Yann Demange’s ’71 (multiple awards/Berlin 2014, Scottish BAFTA) and Bart Layton’s American Animals(Sundance 2018). 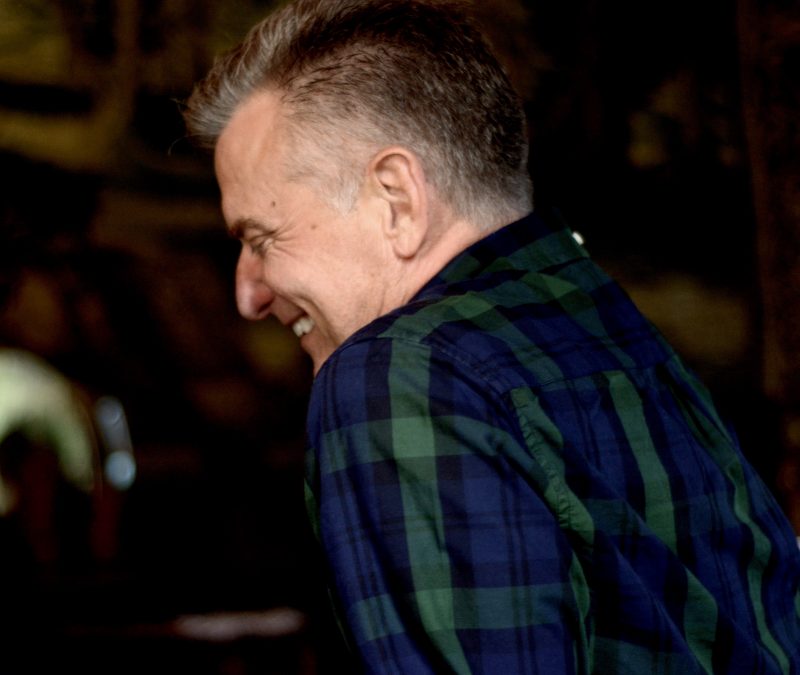 Previous MASTER CLASSES have been given by:

FRANZ RODENKIRCHEN – script consultant, his many credits include most recently 2018 Foreign Oscar winner A Fantastic Woman and 2018 Berlinale’s Golden Bear Touch Me Not– Berlin & rest of Europe; 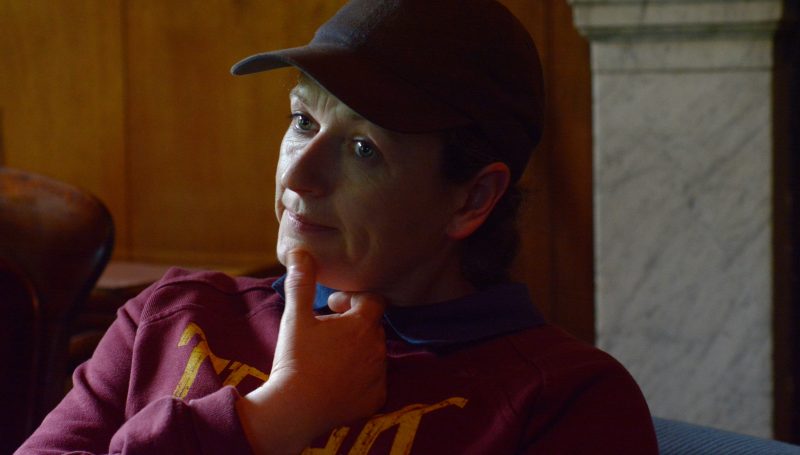